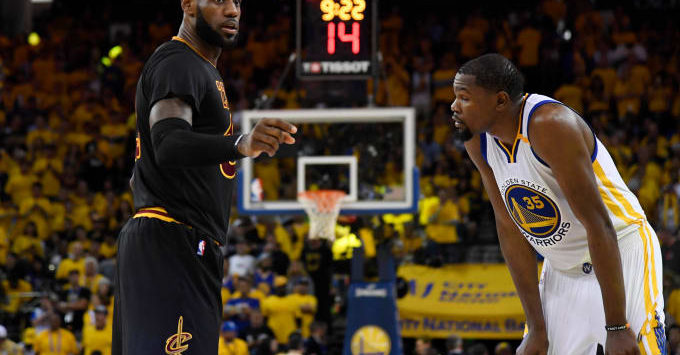 Is LeBron Really The Best Basketball Player in the World?

This past NBA Finals, Kevin Durant was finally able to solve LeBron James, overcoming his arch-rival and winning his first NBA championship.

The Golden State Warriors blew the Cavaliers out of the Finals in relatively easy fashion, claiming the title after a 4-1 series win and when all the dust settled, Durant was the determining factor. The dominance of Golden State, primarily Durant made many analysts and some former NBA players like Paul Pierce question whether James really is the best player in the world, or if Durant has overtaken the throne.

It is very easy to become a prisoner of the moment. Durant was exceptionally on both ends of the floor, and may very well be the most natural scorer the game has ever seen. A couple years ago, there was talk of Steph Curry becoming the best basketball player, only to fall to LeBron James in the 2016 Finals. 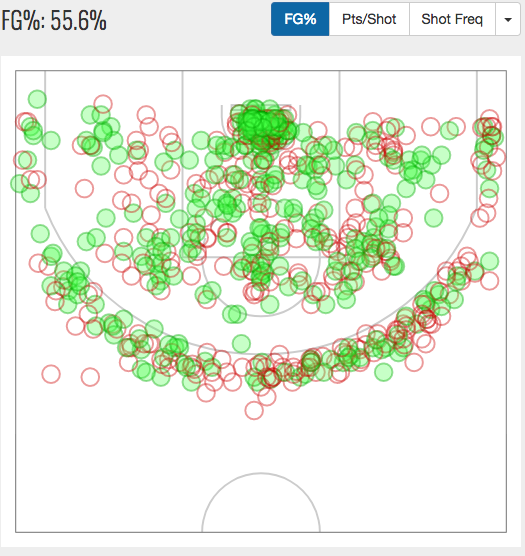 To get back to the topic of Durant, simply just look at his season shot chart. He can score from anywhere and with his freakish length, he can score over anybody, LeBron James included. In fact, LeBron James had zero answers defensively against Durant in the NBA Finals as KD shot around 60% with ‘The King’s’ hand in his face.

But there is really no question of who is the better scorer. Durant may very well be the best the game has ever seen and there might not even be a close second.

The question here is, who is the best player in the NBA? Has Durant really overtaken the top spot from James?

To answer these questions, let’s dive right into the numbers! 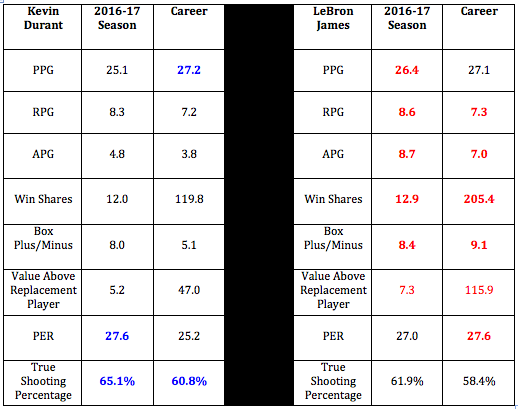 Kevin Durant is truly great, and his true shooting percentage is outrageously high, but at the end of the night, Durant is what everyone knows he is. When you think Durant, you think an incredible scorer who with his length can defend. When you think LeBron James, you think an all-around player. A pass first guy, who somehow averaged 26.4-points per game in his 14th NBA season.

Now, while it is important to consider the time that Durant missed due to his lower body injury, James has been tasked with not only being the centre and driving force of an entire Cavaliers offense, but to lead a defensively inept team all the way into the NBA Finals.

Durant is an incredible talent on a basketball floor, but he has never been the centre of an offence – not in Oklahoma City not in Golden State. That is not to knock Durant’s greatness, because the fact that he gelled so quickly into the Warriors offensive system makes him the great player that he is, but to say that James has been dethroned after a dominant Finals performance by Durant and his Warriors, is jumping the gun just a little bit.

Conversation and discussion regarding basketball may affected by bias, but numbers do not lie. Kevin Durant is very easily the second best player in the world, but LeBron James is still on his own level – one that has never been reached, and one that may not be reached for many years to come.