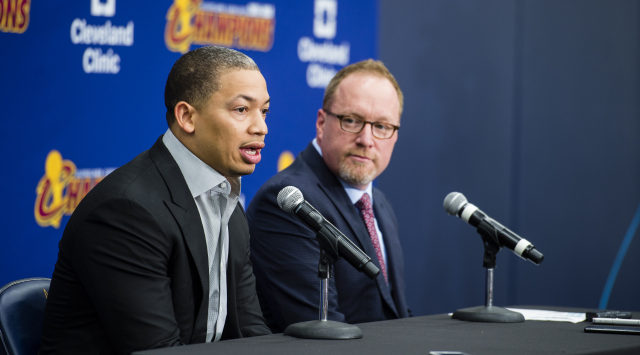 The Cleveland Cavaliers are looking to retool as they hope to reach yet another NBA Finals in the upcoming season, but they will have to do it without a valuable piece.

The Cavaliers are reportedly in on Paul George whom the Indiana Pacers are hoping to deal prior to the NBA Draft. There are alternative reports which state that the Cavs are also hoping to find a third team to help them lure Jimmy Butler out of Chicago. All of this will be done without general manager David Griffin who has parted ways with the franchise.

Griffin was hired by the club back in May 2014, and has since taken the Cavs to three consecutive NBA Finals. He was also a key figure in putting together the 2016 championship roster.

Surprisingly, former Detroit Piston and NBA Champion Chauncey Billups is one of the candidates for the vacant position.