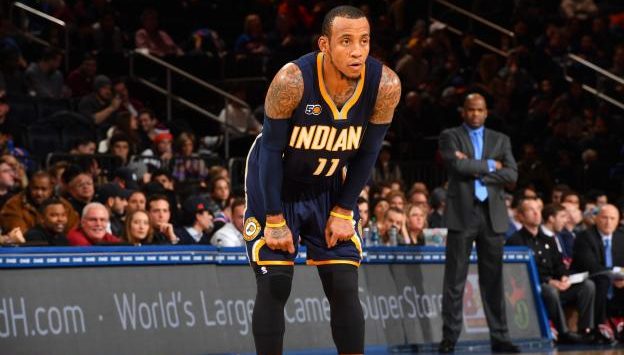 After a dreadful season with the Indiana Pacers, one in which he averaged only 8.5-points per game, Monta Ellis will find himself suspended for the first five games of the 2017/18 regular season for violating the league’s anti-drug policy.

“Monta’s suspension is a very serious matter to our franchise and it will be dealt with accordingly,” Pacers president of basketball operations Kevin Pritchard said in a statement on Friday afternoon.

Ellis was not the only player that was caught by the league’s drug testing protocol.

Detroit Pistons’ Reggie Bullock also tested for an illegal substance and too will miss the first five-games of next season. Bullock, who averaged a career-high 4.5-points in 15.1-minutes per game this past season, has really dug himself into a hole. With the Detroit Pistons declining his $3.3-million qualifying offer for next season, he will now enter unrestricted free agency with a questionable resume, which will now include a suspension.

Just another quiet day in the NBA!