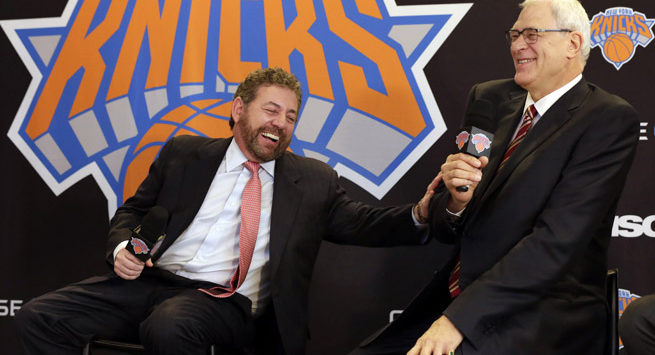 Winning doesn’t always solve all the problems, but in the Golden State Warriors’ case, the last few years saw the team’s value skyrocket as per the 2017 Forbes list of most valuable NBA franchises.

As of 2014, the Warriors were ninth on the list at an estimated value of $750-million. The team jumped to seventh after winning the NBA championship in 2015, then sixth after reaching the NBA Finals for a second straight season. In the past calendar year, the team has gained $104-million in revenue, and heavily increased it’s net worth, jumping all the way to third on the list.

Let’s take a moment to realize that majority owner Joe Lacob purchased the Warriors organization back in 2010 for $450-million. Not too shabby!

As evident by the list, winning is not always the key factor when net worth is mentioned. The Lakers, Knicks, and Nets have all been struggling the past number of years to find any sort of success on the NBA floor.

The New Orleans Pelicans were ranked dead last on the league with an estimated value of $750-million. Someone has to come last.