Never a Bad Time for a Parade 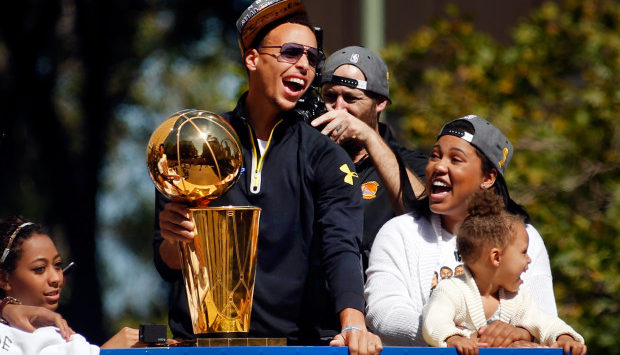 On Thursday morning, the Golden State Warriors decided to hold their NBA Championship winning parade in front of their faithful fans.

A rally, which kicked off at 10:00am and began on Broadway at 11th street, the Warriors paraded while showing off their second NBA trophy in their past three years. It was a crazy and ecstatic environment, one that surely, the 2016-17 Golden State Warriors will not forget!

Meanwhile, as the Warriors celebrated, in a gym far away, somewhere in Akron most likely, LeBron James finally got rid of the one thing holding his career back for over a decade.

A Moment to Recognize