Phil Jackson Out of NYC 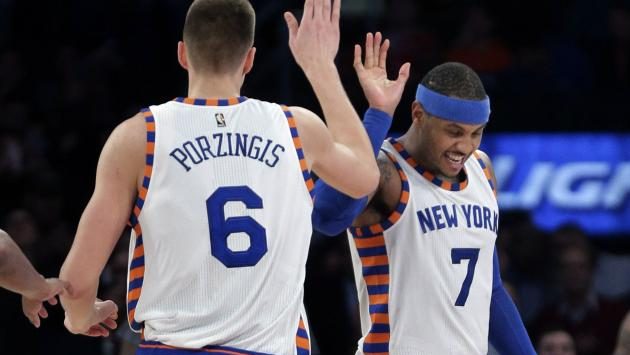 On Wednesday morning it was announced that after three dreadful seasons, Phil Jackson has been let go of his duties as the President of basketball Operations of the New York Knicks. The best move owner James Dolan has made in over 20-years, the Knicks will now look to find a new voice for their front office.

“After careful thought and consideration, we mutually agreed that the Knicks will be going in a different direction. Phil Jackson is one of the most celebrated and successful individuals in the history of the NBA. His legacy in the game of basketball is unmatched. We wish him the best and thank him for his service to the Knicks as both a player and an executive.

“While we are currently evaluating how best to move forward regarding the leadership of the organization, I will not be involved in the operation of the team. Steve Mills, the team’s general manager, will run the day-to-day business of the organization over the short term. Tim Leiweke, who brings tremendous expertise and experience in sports franchise management from both Toronto and Los Angeles and is our partner in the Oak View Group, will advise and work with Steve on an interim basis to help develop a go-forward plan.”

In three disappointing seasons under Jackson, the Knicks went 80-166. Jackson alongside Dolan alienated NBA players by their actions towards Carmelo Anthony and Kristaps Porzingis, forced the triangle offence onto the club, and acquired to injury-riddled former stars in Joakim Noah and Derrick Rose.

With Jackson now gone, reports suggest that Dolan is hoping to lure Masai Ujiri out of Toronto, but one would think that Ujiri isn’t in any rush to leave Canada.

Phil Jackson may have been a horrible executive, but there may be no worse owner in sports than James Dolan. While yes, there is reason to celebrate this morning in ‘The Big Apple’, the main culprit of the Knicks dysfunction is still at the tippy-top of the organization.