Return to the North? 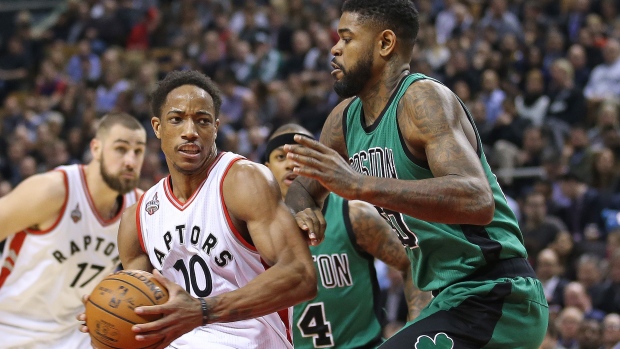 Receiving a two-year, $24-million offer from Atlantic Division rivals, the Boston Celtics, the then 27-year old Johnson pounced at the offer, one which the Raptors simply could not match. Johnson didn’t not leave ‘The 6ix’ quietly, posting a heartfelt message to Raptor fans on his personal twitter account.

Fast forward two years, Johnson is set to enter free agency this summer and it appears, according to reports at least, that the Raptors and the 30-year old Johnson share mutual interest on a reunion.

This past season with the Celtics, Johnson averaged 6.5-points and 4.6-rebounds per game, while seeing a huge drop-off in minutes in the postseason where he was essentially a non-factor.

Known for his defense and hustle in his time with the Raptors, Johnson seems to be an interesting plan B option at this point. With Kyle Lowry, Serge Ibaka, Patrick Patterson, and P.J. Tucker all headed to free agency, the Raptors will have a lot of work to do this summer to put together and contender for next season.

Whether or not Johnson is part of that contender, only time will tell.