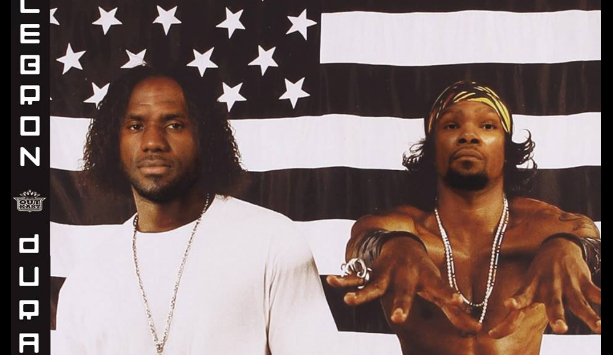 It seems like more and more history is added to the Golden State-Cleveland rivalry daily.

On Monday, the long lost rap collaboration of Warriors superstar Kevin Durant and Cavaliers superstar LeBron James were discovered. According to Chris Haynes of ESPN, James and Durant quietly recorded a rap track back in 2011 during the NBA lockout. The song was apparently so good that it was at one point considered for inclusion in KD’s 2012 film, Thunderstruck.

Shortly after the ESPN report, a Cleveland-based recording studio tweeted out a snippet of the superstar duo’s masterpiece.

The lyrics are as follows:

Durant: “Every hater all the same/I’m feeling like the world is Skip Bayless and I’m LeBron James.”

LeBron: “It ain’t easy, on the path I’m on/But put the world on my back ’cause I’m that strong/Long journey I been on from the very start/No way I die off, with this iron heart.”

Not too shabby for two guys who rap for a hobby. According to reports, the two worked out together during the lockout and conveniently had a studio to walk into in between training sessions.

A gym attached to a studio? Sounds like life goals right there!