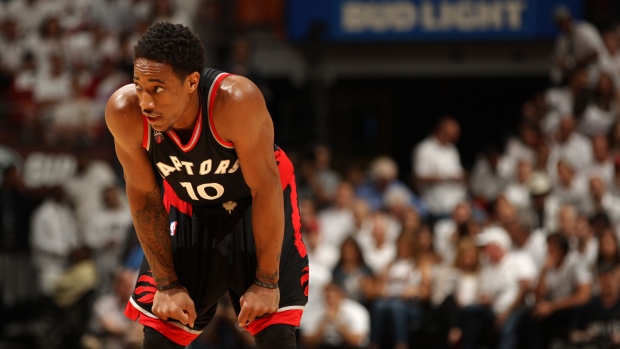 DeMar DeRozan to be on First Canadian NBA 2K18 Cover

The multiple time All-Star and franchise’s all-time leading scorer now has NBA 2K18 cover athlete on his resume as he will grace the first ever Canadian exclusive NBA 2k cover.

“It wasn’t necessarily a goal,” DeRozan said after finding out that he will be on the cover, “But when the opportunity came around I couldn’t believe it. I was at a loss for words.”

Not necessarily a goal, but still pretty neat, I’d say.

“Being part of the whole process here, eight years, it’s been amazing to see everything develop— from Toronto hosting the all-star weekend to us making the Eastern Conference Final. Something like this— being on the cover— isn’t just for me, it’s for Canada. Period,” he says. “Us being the only team in the country and sometimes not getting the full recognition we deserve, things like this help us to go bigger.”

The new game will be released on September 10.

“I remember being a kid and creating myself in the game,” DeRozan recalls. “It looked nothing like me, but it was just cool to see my name on the back of a jersey.” Did DeRozan give himself a 99 rating? “Of course. And I played on rookie.”

Well now, DeRozan will have a chance of seeing himself on a video game cover. Well deserved!

Loyalty can go a long way!