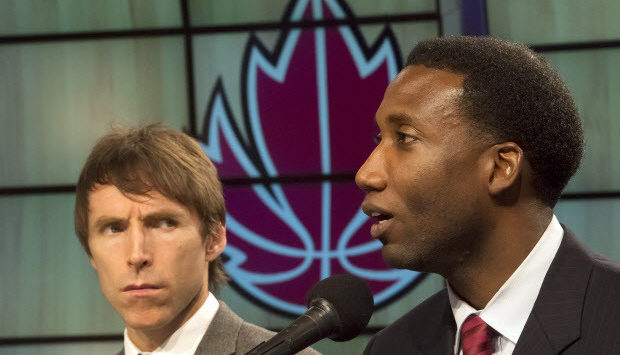 Rowan Barrett Jr. is the Next Canadian Basketball Star

Have you ever heard of Rowan Barrett?

Probably not, but soon enough, you will.

From Steve Nash to Tristan Thompson so Andrew Wiggins, the next great Canadian basketball superstar is still in high school and his name, is Rowan Barrett Jr. The 17-year old stands at 6’6” and possess athleticism and what many scouts believe to be a very unique physical skillset.

The 2019 classman spent last season playing high school basketball in Mississauga, but will now move down south to play at Montverde Academy in Florida this upcoming season. He will join three other Canadians, including Howard Washington, Marcus Carr, and Simi Shittu, who is ranked number one among Canadians for the 2018 class.

Remember the name, Rowan Barrett, Jr. Apparently, he's headed to Montverde Academy and could be Canada's next great one. Class of 2019.

With rising stars like Rowan Barrett, there is a ton of reasons to be excited about Canada Basketball.