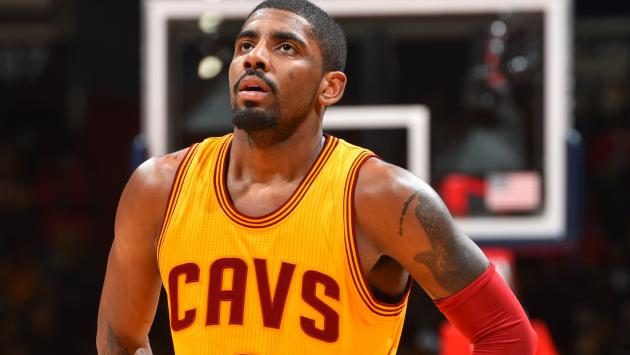 It really is incredible to think how rough this offseason has been for the Cleveland Cavaliers.

A year ago, they were NBA champions. They have made it to the NBA Finals in three straight seasons. And now, all hell is breaking loose.

It started when GM David Griffin abruptly was dismissed of his duties by owner Dan Gilbert. Then rumours began circulating around LeBron James possibly departing from Cleveland for the sunny beaches of Los Angeles, California. Now, Kyrie Irving wants out – and it seems very, very real.

Reports of Irving hoping to depart Cleveland arose early last week, when the superstar point guard apparently sat down for a meeting with Gilbert. Among the possible destinations discussed in the meeting, Irving reportedly highlighted the San Antonio Spurs, New York Knicks, Miami Heat, and the Minnesota Timberwolves.

“Kyrie and I had a meeting with Cavs leadership where we discussed many different scenarios in reference to Kyrie and his future with the team,” Irving’s agent, Jeff Wechsler told ESPN. “The basis of those discussions and what went on in those discussions are between the Cavs and us. We are respectfully going to keep those private.”

While not giving away too many specifics, reports claim that Irving no longer wants to play second fiddle to LeBron James, and is ready to take on the responsibility of being ‘the man’ on a team built around his strengths.

Whether or not these reports are true, Cleveland should be increasingly worried of its future, with the front office dysfunction, along with the possibility James and Irving looking elsewhere, Cleveland may be heading back towards sporting mediocrity.