What a July it Was! 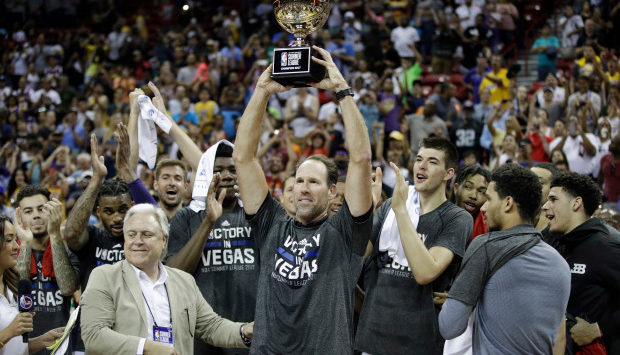 With the collection of NBA Championships, it may be difficult for the Los Angeles Lakers to find much space for their Summer League trophy.

Earlier in the day, Lonzo Ball was named Summer League MVP, but it was the Lakers late first round pick Kyle Kuzma who stole the show on the final day of Summer League. Collecting 30-points, which included a last second buzzer beater, Kuzma ran away with Championship Game MVP honours as the Lakers defeated the Portland Trailblazers by a score of 110-98.

The MVP awards and the Summer League championship weren’t the only things handed out on Monday. The NBA also took some time in announcing who took home First and Second Team honours from July’s showcase of the league’s top young prospects.

The MGM Resorts All-First Team selections were as follows:

The MGM Resorts All-Second Team selections were as follows: