NBA to Host in Australia 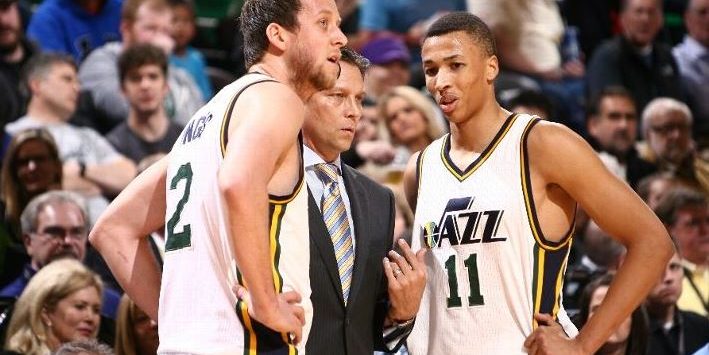 For the NBA, August kicked off on a big note.

It all begins when the Sydney Kings will visit the Utah Jazz, a team that features two Australians in Joe Ingles and Dante Exum on October 2.

“This is massive for Australian basketball and an exciting opportunity for NBA and NBL players to compete together on the same floor,” said Ingles who recently inked a contract extension with the Jazz. “As an Aussie who began my career in the NBL and now entering my fourth season with Utah, I am very proud of the growth of the game in my home country and can’t wait for the Jazz and Salt Lake City to play host to Sydney this fall.”

The Melbourne United will take on the Oklahoma City Thunder on October 8, while the Brisbane Bullets will pay the Phoenix Suns a visit on October 13.

“This is a huge moment for Australian basketball.  For the NBL to be able to play some of the biggest teams in the world shows how far our league has come,” Said NBL Executive Chairman and Owner Larry Kestelman. “I want to thank the NBA for this exciting opportunity to showcase the NBL on the world stage.  For our teams to be chosen to come and play in the NBA preseason is a great endorsement of the NBL and Australian basketball.  We currently have a number of Australians playing in the NBA, strong national teams in the Boomers and Opals, record participation levels and a flourishing national competition.  This opportunity will only build more excitement ahead of the NBL season starting on Oct. 5.”

Seems like there will be some Aussie flavour at this year’s Summer League.