On Friday, the National Basketball Players Association announced their 2017 Players Voice Award Winners, acknowledging many of the league’s great players.

This is the third year of these awards. 14 were handed out along with 30 Best Teammate awards given out to one player on each NBA team.

Other players who won awards included:

The following were the winners of the 2017 Teammate of the Year award: 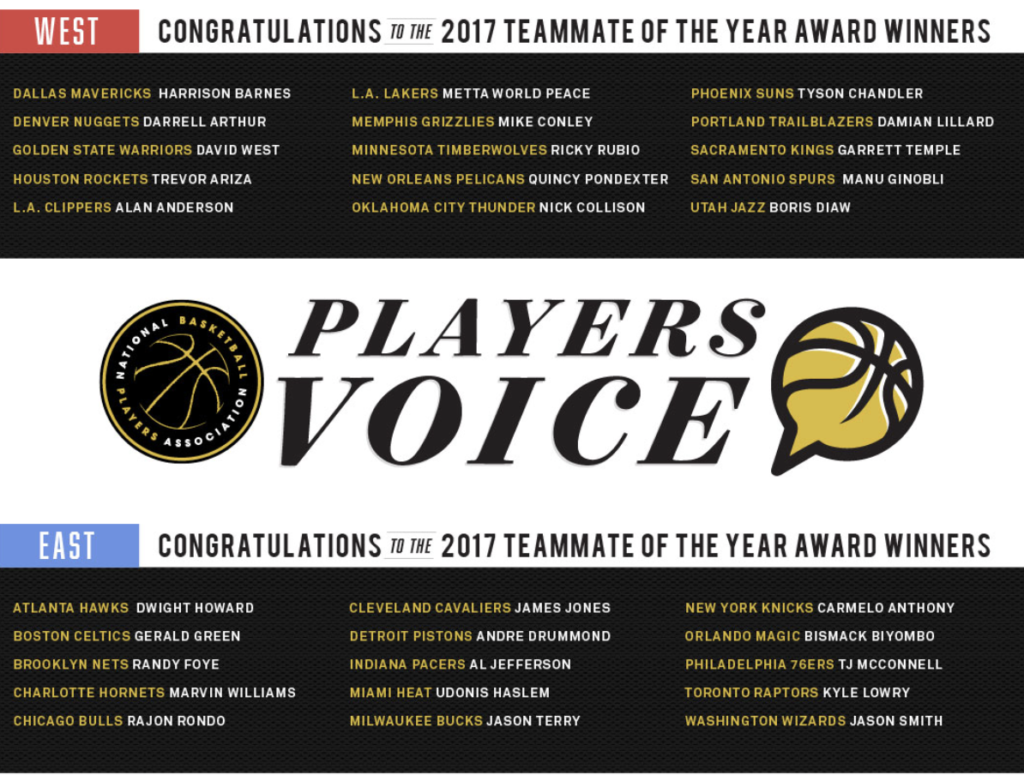