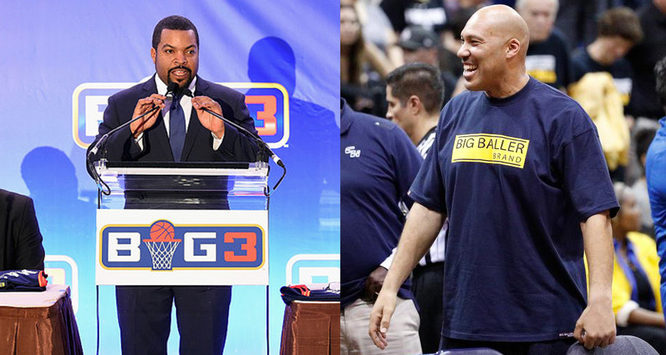 For a guy who claimed to be able to beat the likes of Michael Jordan, LeBron James, and Shaquille O’Neal, the Ball family patriarch failed to take down Ice Cube in a four-point shoot out during a BIG3 event on Sunday.

During the league’s eight week, Ice Cube challenged LaVar Ball to the shootout under the bright lights of the Staples Centre in Los Angeles. The rapper, actor, and entrepreneur recently called out Ball, offering to purchase 10-pairs of Big Baller Brand Lonzo Ball sneakers if he was to lose.

Never shying away from a challenge, Ball took Ice Cube up on his offer. In fact, Ball told HoopJab’s Neal Anthony Johnson that he “usually [goes] from the seven-point line”.

Unfortunately for ball, shooting from the seven-point line all these years didn’t give him enough practice for when called to make shots from the four-point line. Ice Cube would go on to pick up the victory.