The defending NBA Champion Golden State Warriors will open up their season against the new-look Houston Rockets as the NBA unveiled its national television schedule for opening week and Christmas.

Gordon Hayward will make his Boston Celtics debut as the the regular season begins with the Celtics taking on the Cleveland Cavaliers in the league’s first game of the year. In an Eastern Conference Finals rematch, the Celtics will look to avenge the Cavaliers who still seem to be looking for answers on the Kyrie Irving front. 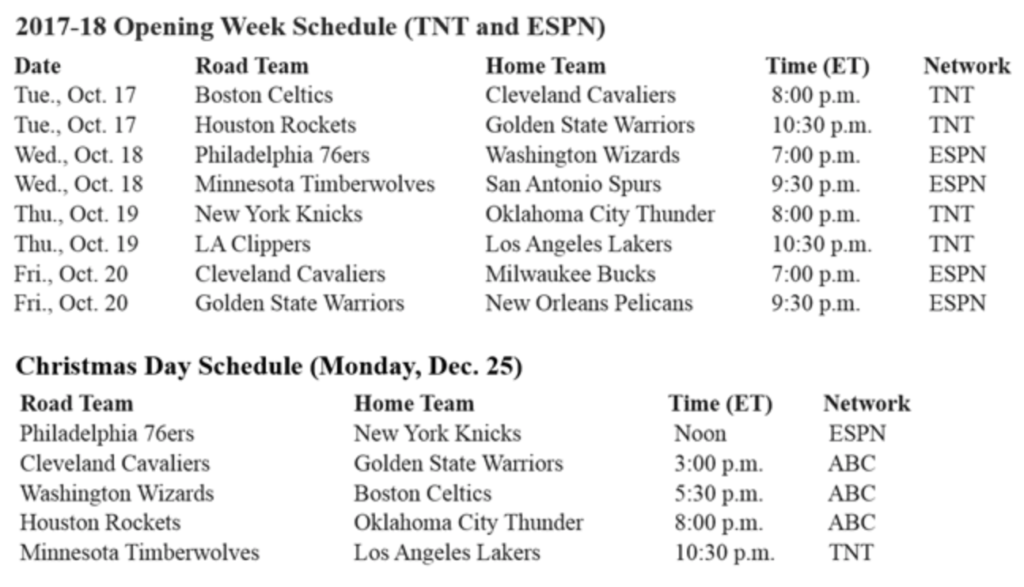 On Christmas, basketball fans will see a Finals rematch between the Warriors and the Cavaliers, while the Rockets will take on the Oklahoma City Thunder. Later in the evening, Lonzo Ball’s Los Angeles Lakers will do battle with a greatly improved and exciting Minnesota Timberwolves team.

The new NBA season is approaching, time to get excited!