The Party Doesn’t Stop for Steph 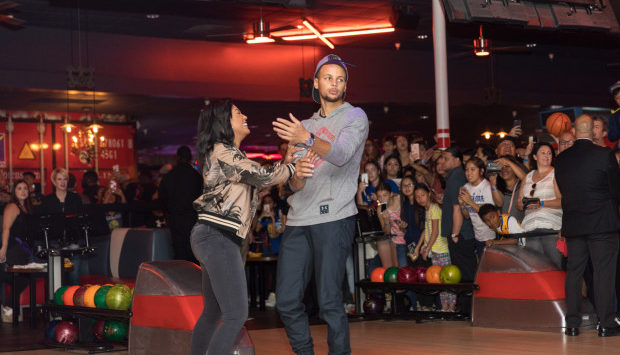 It started with mocking LeBron James’ workout challenge and it has shifted to Stephen Curry attending a random house party after the conclusion of Harrison Barnes’ wedding.

Let’s just say the entire night was one Curry will not forget for a long time, and unless he had too much to drink, at least he has the photographic and video evidence with which he can relive his exciting night. According to TMZ, Curry and Kent Bazemore weren’t done celebrating at the conclusion of the wedding and roamed the streets of Newport, Rhode Island in search of an after party.

Luckily for the two-time MVP and Bazemore, they did not need any invitation when they found a house party at around 2am.

No afterparty is complete without @stephencurry30 randomly rolling in asking to party..

How was Curry’s night? Well, let’s just ask him.

Assuming Ayesha Curry was cool with Curry’s partying tactics, it appears as though the Golden State Warriors superstar had a fun night!