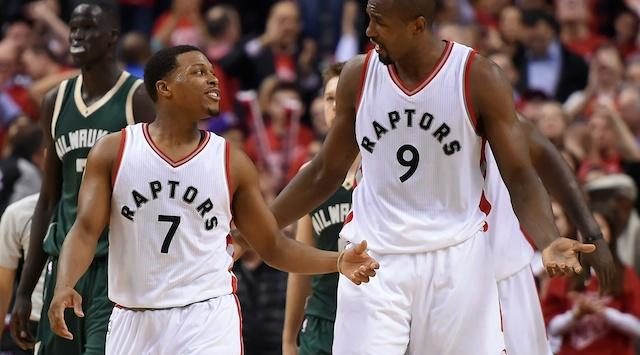 On the eve of the NCAA being caught in the midst of a corruption scandal, reports confirmed that the FBI has raided ASM Sports, a sports agency which represents Toronto Raptors’ guard Kyle Lowry and forward Serge Ibaka among others.

Ten people were consequentially arrested, along with four college basketball assistants, an adidas executive and others. Former ASM employee, Christian Dawkins, was one of the people arrested. You may remember Dawkins after reports surfaced that Dawkins was fired in May after running up $42K in Uber charges on the credit card of an anonymous NBA player.

It has not yet been confirmed if the raid had any relations to the Dawkins controversy.

ASM Sports’ roster of athletes is as follows: