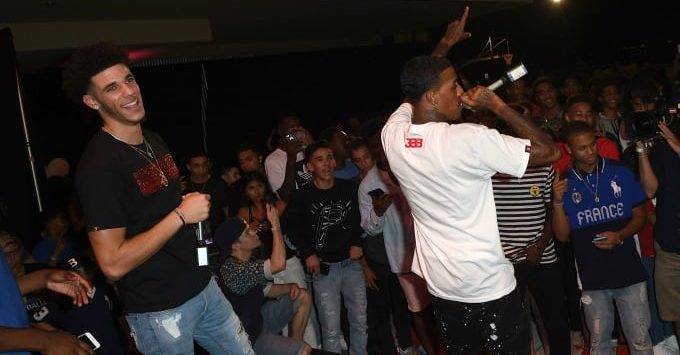 First Lonzo Ball confesses that he doesn’t believe Nas is real hip-hop, citing Migos and Future as the rappers that are in style nowadays, now he is releasing his own music.

What a time to be alive, right?

Now, we are not saying that Migos and Future aren’t in style, but to disrespect a legend like Nas like that is suspect to say the least. The Ball family are nothing if not controversial, that’s for sure.

“See my lil brother, he just doin’ him/You can check the ‘gram, he got a million fans,” Ball raps on his opening verse. “Got his brothers, he don’t need no friends/He swagged out, he a walking gem.” Woof. “Melo Ball 1, youngest in the game/Only 16 in the Lam’ and he switchin’ lanes.”

In fact, you should probably hear this one for yourselves!

Is it time to pray for hip-hop yet?