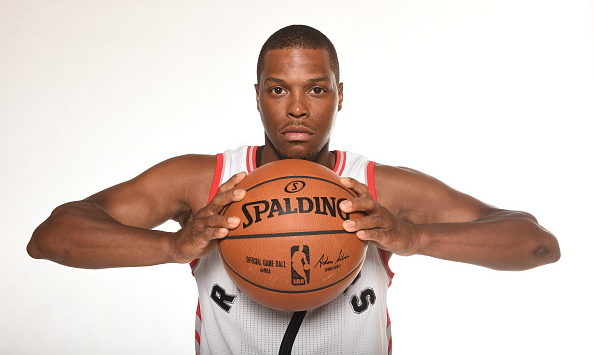 As the 2017-18 regular season is very quickly approaching, the Toronto Raptors officially kicked off their year with Media Day. With new and old faces sharing a room, there was a sense of excitement in the air mixed with a very eager desire to win and get over the hump.

A media day overshadowed by statements made by United States president Donald Trump, questions took many twists and turns on Monday afternoon when the team took time to speak with the media at the BioSteel Centre.

“I’ve had friends killed by police officers,” said DeMar DeRozan on the controversial topic. “A couple days after being at my house, when I was young, and even recently. And it sucks.

“Even myself, you could drive a nice car and I’m still being questioned ‘How’d get this car? Do you do this, do you do that?’”

President Masai Ujiri said he’s “110 per cent” behind his players. “There’s nobody getting fired here, you can quote me.”

In terms of his on-court product, winning continues to be the mantra in Toronto as articulated by the team’s president. With DeRozan, Kyle Lowry, and Serge Ibaka set to begin their first full season together, there is plenty of reason to be excited for the upcoming season of Raptors basketball.

“You don’t know until (a coach) does it. He’s coaching the team. I think he has a good feeling for what he wants to do,” Ujiri continued.  “You don’t know (if you change) until you do it. That’s the challenge of the business. You have to evolve. Everyone agrees, we have to make little changes. They don’t have to be dramatic.”

“It’s unfortunate that people can even question whether athletes should even have their first amendment right and coming from our president it’s harmful,” Casey added following the sentiments of Ujiri.

Jonas Valanciunas, Serge Ibaka, Delon Wright, Norman Powell and many others all got their opportunity to speak to the media as well as get some very neat pictures taken!

As a side note for anyone still wondering, Bruno Caboclo is in fact still part of the Toronto Raptors.