Rodman to the Rescue 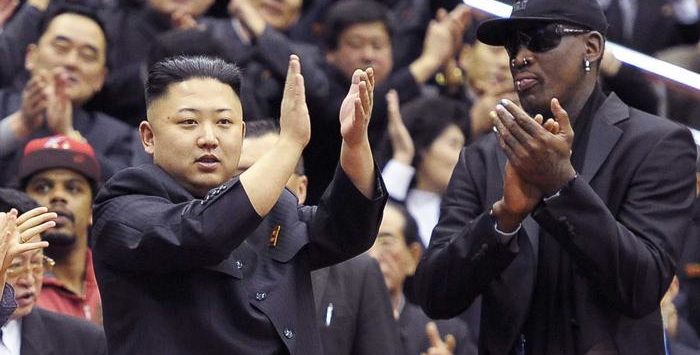 Not all superheroes wear capes.

Case in point, Hall of Famer Dennis Rodman is hoping to become the hero the world currently needs. With tensions boiling between the United States and North Korea, the five-time NBA champion believes he can play the role of smoothening out the cold climate that has arose between the two countries. Having met Kim Jong-un, the leader of South Korea, on multiple occasions already, Rodman believes he is the voice of reason that both Kim Jong-un and President Donald Trump need.

“For me to go over there and see [Kim] as much as I have, I basically hang out with him all the time,” a confident Rodman said. “We laugh, we sing karaoke, we do a lot of cool things together. We ride horses, we hang out, we go skiing, we hardly ever talk politics and thats the good thing.”

I don’t love [Kim],” Rodman continued. “I just want to try to straighten things out for everyone to get along together.”

It’s 2017 and Dennis Rodman is the man who thinks he can save the world from World War III.