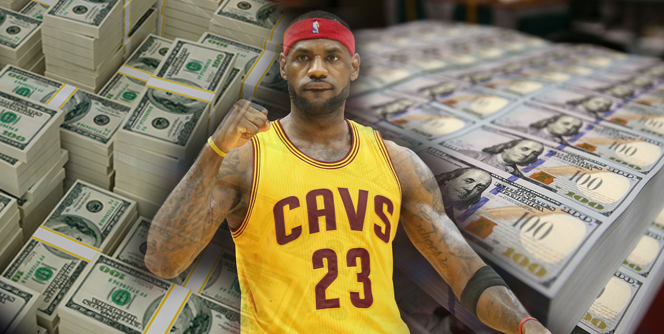 How Much Money do NBA Superstars Really Make?

Let’s get one thing out of the way first – NBA superstars still make a ton of money.

Yeah, let’s not get too stressed out here.

With the salary cap rising to historic levels, NBA players are cashing in like never before, but very recently, ESPN partnered up with sports tax expert Robert Raiola to see how much money the star ballers really make – after paying off their expenses of course.

Here is the shocking breakdown of what Raiola and his group have discovered:

“You’ll notice that deductions from gross salary include federal, state and city taxes (and in Kyle Lowry’s case, Canadian taxes), agent fees (assumed at 3 percent) and a maximum 401K contribution of $18,000. In the case of players who live in a no-income-tax state, you’ll see that they are paying taxes — so-called “Jock Taxes” from playing in other states.

You’ll also see that players get back the 10 percent of their salary that was held in escrow from last season, after it is taxed. And they lose 10 percent to escrow for this year, which will be given back as long as the owners pay the players the agreed upon 51 percent of Basketball Related Income (BRI). You’ll also notice a surplus that players will get this year. Every player receives $355,449 (before taxes) because after the 10 percent escrow was given back, there was additional money, a shortfall of $163.5 million in total, that needed to be given back to reach the agreed upon percentage.”

So taking all of this into account, let’s take a look at what the NBA’s best really make after all the tom-foolery is settled and the dust clears. 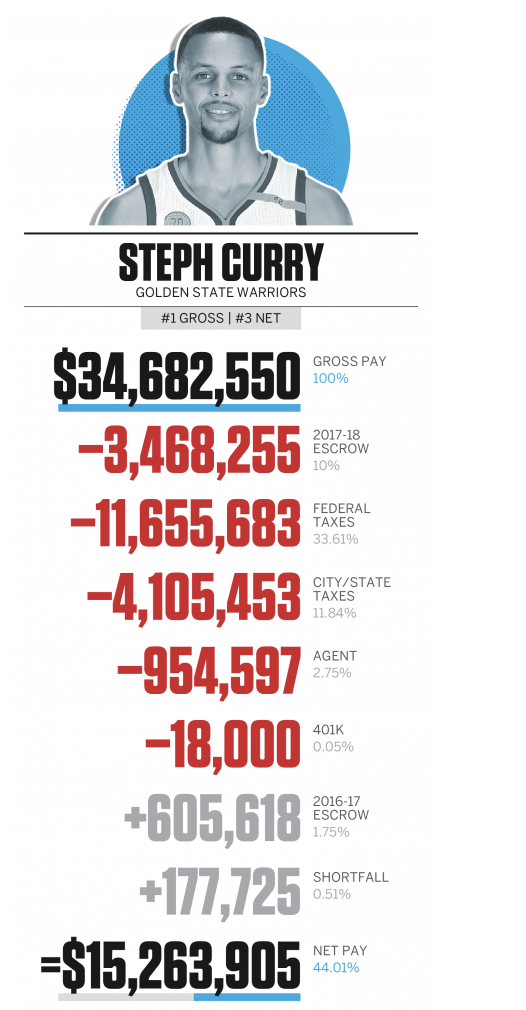 Looking at this final chart, sure NBA superstars do make far more money than the common folk, but boy is not as glamorous as it appears. 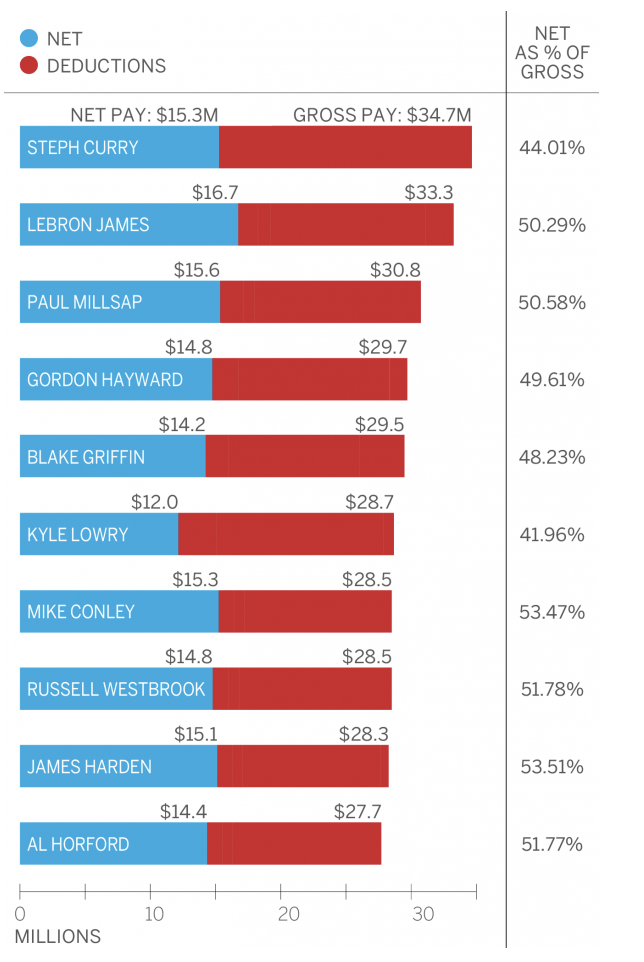 Whether you are a millionaire or not, losing half your annual net income isn’t the greatest feeling in the world.

We feel your pain NBA stars, sincerely, the tax payers of the world!