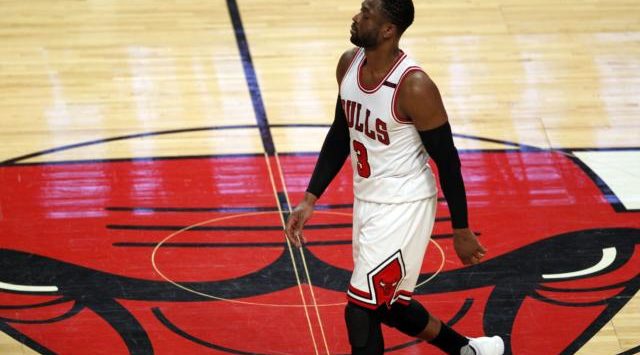 After only one season in his home town of Chicago, Dwyane Wade is moving on.

To wrap up a crazy weekend in American sports, the Chicago Bulls have reportedly bought out the contract of their superstar guard. In an effort to find a resolution ahead of the start of training camp, Wade agreed to leave $8-million of the owed $23.8-million on the table, entering free agency.

“I’m going to take tonight and some of tomorrow and speak to the teams or players that are on my list and go from there,” Wade said. “My decision is a pure basketball decision, and I’ll make the one that fits me best at this point in my career and with what I feel I have to offer a team that needs what I have to offer.”

The Cleveland Cavaliers are believed to be the front-runners in acquiring the three-time NBA champion, while the San Antonio Spurs, Oklahoma City Thunder, and Miami Heat all remain interested in Wade’s services.

The 14-year veteran averaged 18.3-points and 4.5-rebounds per game in his lone season with the Chicago Bulls.