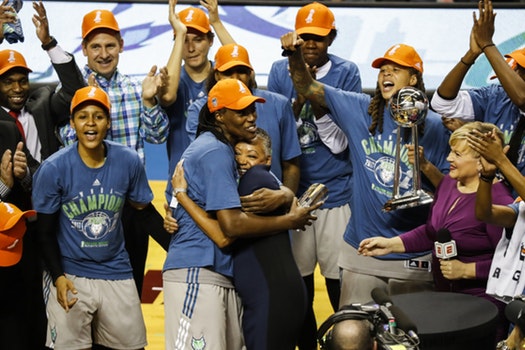 In a dream matchup, the Minnesota Lynx took down the defending champion Los Angeles Sparks in the WNBA Finals, keeping the odd year trend alive and well.

In a Finals rematch, the Lynx were able to avenge their 2016 heartbreaking loss.

It went all the way down to a deciding Game 5, but with an 85-76 victory, the Lynx took home the trophy. Winners in 2011, 2013, and 2015, the Lynx continued their trend of dominance over the WNBA with yet another title victory. Sylvia Fowles led the way with 17-points and a game-high 20-rebounds, Maya Moore poured in 18-points and 10-reboudns of her own, while point guard Lindsay Whalen did her part adding 17-points while dishing out eight dimes.

Candace Parker led the way for the Sparks with 19-points and 15-rebounds.