Just another night in the office for the game’s greatest coach.

With a 108-101 win over the Charlotte Hornets on Friday night, the San Antonio Spurs head coach Gregg Popovich earned his 1,155th career regular season victory, matching the total of ‘The Zen Master’ himself, Phil Jackson for sixth most on the NBA’s all-time list. 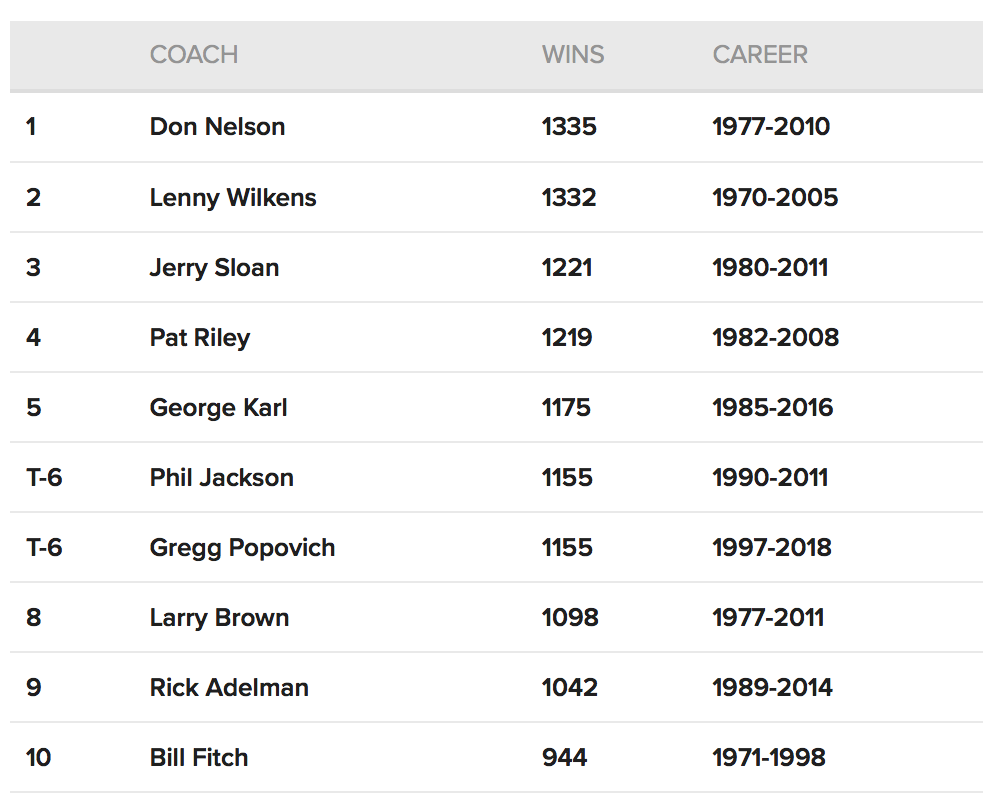 “It’s the most important thing in my life,” joked Popovich. “My grandchildren can take a hike. What I might do when I retire, what kind of wine I’m going to drink – all those things pale in comparison when I think about how many wins I have. I hope I can coach long enough to get more than anybody ever has.”

Behind Jackson, Popovich has the second highest winning percentage in the top-10. His 166-playoff wins also rank him third all-time, just five behind Pat Riley, with Jackson sitting atop the list with 229.

“Popovich: Selfish about wins,” Popovich says laughing, referring to the headline he wishes to see if he is to ever reach the top of the all time win’s list.

Popovich can move past Jackson on Sunday when his Spurs take on the Phoenix Suns.