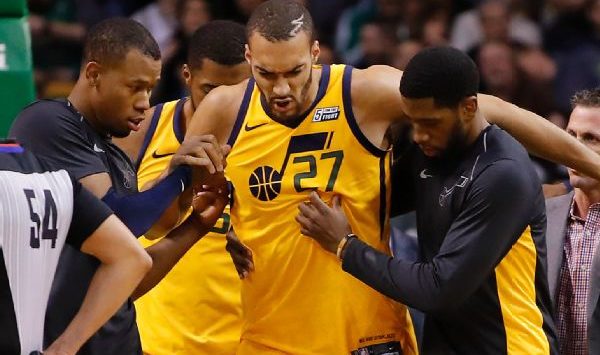 Jazz’ Rudy Gobert Out One Month With Left Leg Injury

Unlike last season, it has been a trying year for the Utah Jazz, especially for their defensive anchor, Rudy Gobert.

“This group’s got character and they are going to compete no matter what the circumstances, and they did,” Head Coach Quin Snyder said following Friday’s victory versus the Eastern Conference leading Boston Celtics.

Gobert suffered the injury after falling to the floor, rolling into teammate Derrick Favors, who ironically will take over Gobert’s role with the team in his absence.

Through 18-games played, Gobert has averaged 11.6-points on 59.8% shooting from the field, grabbing down 9.6-boards and recording 2.3-blocks per contest.