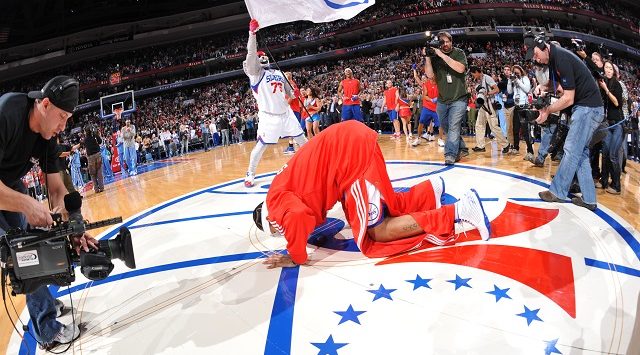 As the NBA Trade Deadline came to a close, one trade in particular struck us as interesting.

After a bit of an ugly divorce, Dwyane Wade is heading back home to where it all began – Miami. According to reports, Wade and Miami Heat General Manager Pat Riley made up at a recent funeral and have hatched up their past. Now, the greatest player in Miami Heat history is set to make his return to the team with which he has won three-NBA championships with.

As Wade County returns to South Beach, the homecoming inspired our list of top 5 player comebacks, or in other words, the moments when players made their long-awaited returns to their former teams.

5. “We Believe” Era Returns to the Bay

4. The Big Ticket Back in Minnesota

2. The Answer Back in Philly

1. The Kid from Akron Returns Home