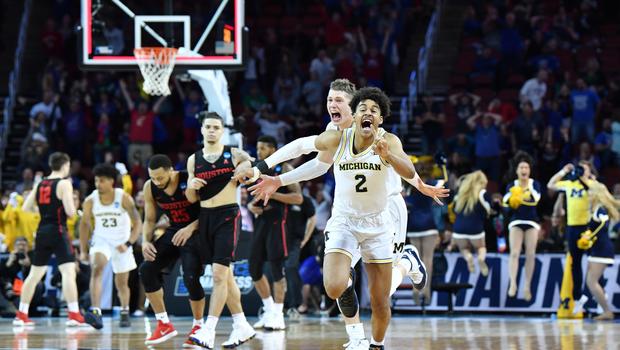 Could the NCAA tournament have another Cinderella on its hands?

11-seeded Loyola-Chicago continued its bracket-busting ways Saturday, defeating No.3 Tennessee 63-62. Before this season, Loyola-Chicago had not finished above .500 in conference play since 2006-2007. Now, they are headed to the Sweet 16, thanks to a second straight late-game winner, this time courtesy of MVC Player of the Year Clayton Custer.

How far can Loyola-Chicago go?

Their unlikely run is not unprecedented. They can look to as recent as last year’s tournament for inspiration, where fellow No.11 Xavier made it all the way to the Elite 8. Can the Ramblers follow in Xavier’s footsteps, or go even further? They will play the winner of today’s game between second-seeded Cincinnati and seventh-seeded Nevada.

Speaking of unlikely outcomes, Michigan backup guard Jordan Poole drilled a 28-footer with a hand in his face, as time expired, as the third-seeded Wolverines topped sixth-seeded Houston 64-63. Buzzer-beaters have become a daily occurrence as this year’s tournament is shaping up to be a great one.

Looking ahead, today’s notable matchups include UMBC, victors of an unprecedented 16-over-1 upset, taking on number-nine seeded Kansas State. 13th-seeded Marshall also hopes to continue their run, when they fifth-seeded West Virginia. Other notable teams in action include North Carolina, Michigan State, and Xavier.