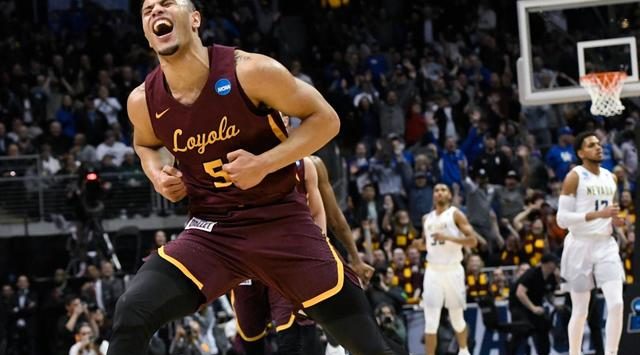 The upsets just keep on coming.

The NCAA tournament resumed play yesterday, with the lower seed winning 3 out of the 4 games.

Eleventh-seeded Loyola-Chicago continued their exhilarating run, pulling off a 69-68 victory over seventh-seeded Nevada. Buoyed by Marques Townes’ game-sealing three-pointer with 6.3-seconds remaining, Sister Jean’s Ramblers will live to fight another day. Next, they will attempt to join LSU in 1986, George Mason in 2006, and VCU in 2011 as the lowest seeds to make a Final Four. All were seeded 11th.

A pair of No. 9 seeds advanced yesterday. Kansas State held off 5th-seeded Kentucky, as Barry Brown’s late bucket clinched a win over the Wildcats. Kansas State faces Loyola-Chicago next, while John Calipari’s squad will surely lose a host of NBA-bound talent, as per usual.

No. 9 Florida State continued the theme of victorious lower seeds, defeating No. 4 Gonzaga 75-60.

Three-seeded Michigan was the sole higher seed to advance, as they routed No. 7 Texas A&M 99-72. They face Florida State next, with the opportunity to make their first Final Four appearance since 2013.

Looking ahead, pairs of first and second seeds are in action today, as Kansas, Villanova, Duke and Purdue take on Clemson, West Virginia, Syracuse and Texas Tech, respectively. Can they stem the tide of upsets? Or will brackets continue to be busted?