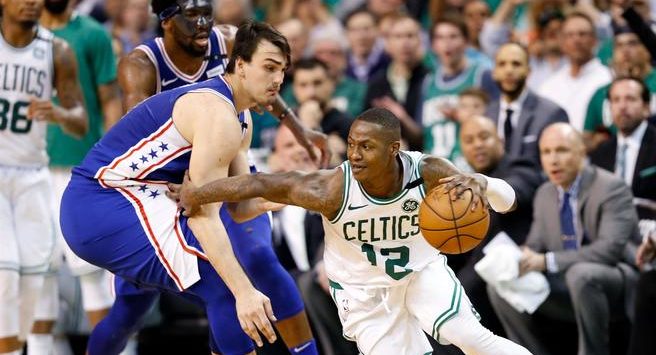 The second round of the playoffs has come to a close. A few of the favourites advanced, while one team that moved on is more of an underdog.

Houston and Golden State won their respective Game 5’s Tuesday, advancing to the Conference Finals as was expected for the Western Conference’s top 2 regular season teams.

Now fully healthy, the Warriors were able to overcome 34 points for Anthony Davis, and a triple-double from Jrue Holiday. Kevin Durant, Klay Thompson and a recovered Stephen Curry all finished with at least 23 points, as Golden State defeated the Pelicans 113-104.

Curry’s performance in playing his most minutes since his return from a knee injury was especially encouraging for the Warriors. “I feel confident in what I’m able to do out there,” the two-time NBA MVP said.

The Rockets defeated the Jazz 112-102. Unquestionably, the big story was Chris Paul. After 13 seasons, the future Hall of Fame point guard has finally reached the Conference Finals. He finished off the series with a bang, pouring in 41 points on 22 shots, sinking 8 three-pointers, and adding 10 assists.

“He went out there and took over the game,” said teammate James Harden of Paul, who did not turn the ball over even once. “(To have) an opportunity for him that he’s never had before. He went to go get it. He put us all on his back and said listen: ‘I got us.”

Next, the Warriors and Rockets will go head-to-head in a mouthwatering clash for the right to play for the NBA Championship. Their series kicks off on Monday.

The Celtics also advanced, defeating Philadelphia 114-112 in Game 5 on Wednesday, but it did not come easy.

Down 61-52 at the half, the 76ers went on a 21-5 to close the third quarter, cutting Boston’s lead to 1. They stayed close for the rest of the game. However with Philadelphia down 2, Aron Baynes‘ defence caused Joel Embiid to miss a game-tying layup with 18.8 seconds left. After Boston free throws, JJ Redick would hit a 3 to put the Sixers within 1. However, that was as close as they got.

Embiid vowed that Philadelphia would be back next year. “The Process is never going to end,” he said. “This was a process to get to the Conference Finals, we didn’t. Next year, that’s our goal.”

Jayson Tatum and Jaylen Brown, who have been instrumental in helping the Celtics overcome the loss of Kyrie Irving for the playoffs, finished with 25 and 24 points, respectively.

Boston has a few days to rest, before taking on Lebron James and the Cleveland Cavaliers. Their series tips off on Sunday.

From Bad to Worse

Road to the Hall