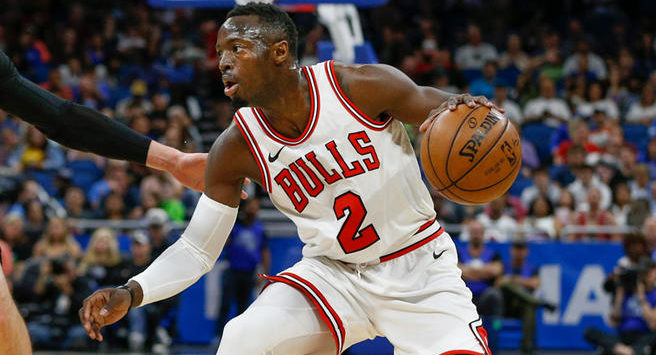 The Chicago Bulls, Orlando Magic and Charlotte Hornets have made a 3-way trade.

Bulls point guard Jerian Grant is going to the Magic, while Orlando is sending centre Bismack Biyombo back to Charlotte, where he started his career.

Centre Timofey Mozgov is going from the Hornets to the Magic, while Charlotte guard Julyan Stone is going to the Bulls.

The deal ends Biyombo’s disappointing run in Orlando. Signed to a 4-year, $72 million contract after a strong 2016 playoff run with Toronto, the big man never came close to justifying his considerable cap hit, struggling to crack the Magic starting lineup. Once Mo Bamba was drafted, Biyombo’s days in Disney World were numbered.

Going the other way is Mozgov, a similarly-overpaid centre. While once a solid player, the veteran Russian has descended into irrelevancy as the changing game has left his ilk behind. His deal has two year, $32.7 million left, slightly less than Biyombo’s $34 million over the same period of time.

Stone’s contract is non-guaranteed, meaning the Bulls could waive him to free up cap space.