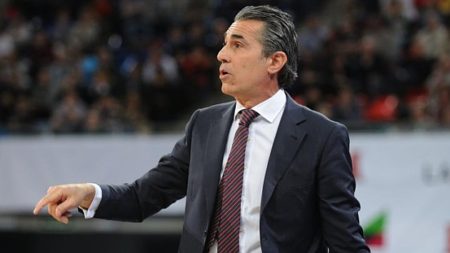 “Adrian, Sergio, Nate and Phil each bring something different to our staff and our team. They have a blend of experiences that will give our team a unique perspective,” Nurse said. “We’ve already had substantive conversations about where Raptors basketball is and where we intend to go, and we can’t wait to get to work in earnest.”

Griffin’s hiring was already reported a month ago. A 9-year NBA veteran, Griffin spent the previous two years in Oklahoma City as an assistant to Billy Donovan.

Scariolo is one of European basketball’s most accomplished coaches. In 2007, he coached Spanish club Unicaja Malaga to the EuroLeague Final Four. He has led the Spanish national team to three FIBA Eurobasket tournament wins in 2009, 2011 and 2015, while also coaching Spain to silver and bronze medals, respectively, in both the 2012 and 2016 Summer Olympics.

Last season, Bjorkgren worked as an advanced scout for the Raptors. Prior to that, he was an assistant for Phoenix, as well as for Nurse’s 2010-11 G-League champion Iowa Energy.

Handy is also familiar with Nurse, having played for him in the British Basketball League over 20 years ago. More recently, Handy has served as an assistant with the Lakers and the Cavaliers.

The new assistant coaches will join Patrick Mutumbo, Jim Sann and Eric Khoury on Nurse’s staff. Previous assistants Rex Kalamian and Jama Mahlalela will not be present, as they have left the team to join the Los Angeles Clippers and Raptors 905, respectively.