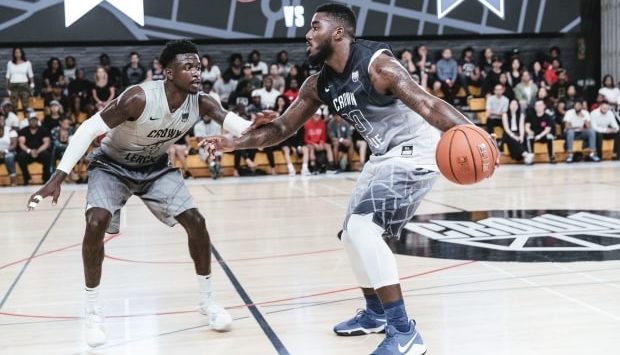 The annual Nike Crown League came to an end on Friday, as Memphis’ Dillon Brooks led 1 Love T.O. to the League championship.

Brooks, a Mississauga native coming off of a solid rookie season with the Grizzlies, scored 19 points as his team overcame M.A.D.E 69-61.

Dillon Brooks comes through when it matters most.
19 points, 4 Rebounds, and the ?. #CrownLeague pic.twitter.com/ruvNnMyW7R

The 4th installment of the Crown League took place at Ryerson University’s Kerr Hall. Bringing together a collection of high school, collegiate and pro talent, it is modelled after pro-am circuits such as Los Angeles’ reknowned Drew League.

“It’s brought together our basketball community from high school, U Sport, NCAA and pros from around the world and the NBA,” said Ryerson coach Roy Rana, who led Canada to gold at last summer’s U19 World Cup. “And it’s also become a great place to see the growth and tightness of our Toronto basketball community every Friday night.”

Though NBA rules prevent the Crown League from promoting its players, a solid roster of talent has appeared throughout the years.

“Delon (Wright) and Norm (Powell) played last year in the finals, and if you’re a kid and you’re in a gym and you’re within five feet of Delon or Norm, that’s a big deal,” commissioner Duane Watson said. “It’s giving that platform to showcase the talent that exists, especially if you’re a guy overseas, you don’t get an opportunity to play in front of family and friends. And it’s also showing Toronto at large that there’s a ton of high-level guys who can play at a high calibre in this city.”

“Every week somebody does something special,” said Heslip, who took home a Player of the Week award. “They just go there and try to put on a show.”