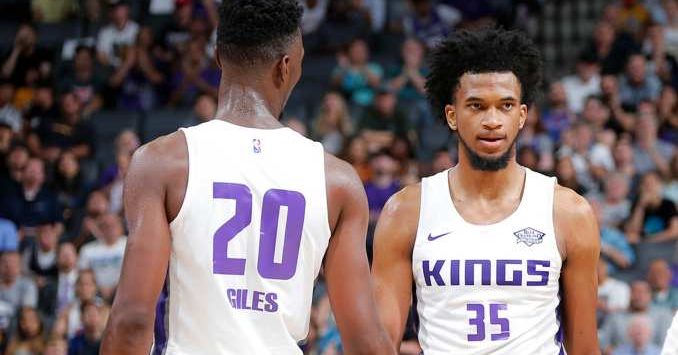 Who to Keep an Eye on in the Summer League

Ball doesn’t stop just because the NBA season is over. With the NBA Summer League underway, here are a number of players who show that there is more to the offseason than free agency:

With the draft over, the Summer League provides many fans with their first look at their team’s respective draftees. In fact, the vast majority of first-round picks are slated to play.

In previous years, players like Damian Lillard and Lonzo Ball have dominated the Summer League stage with MVP performances. This year features a similar level of star power, with top draftees DeAndre Ayton, Marvin Bagley, Mo Bamba and Trae Young all expected to be in action.

Fans hungry for a sneak peek at the future of their team would be advised to check out the Summer League.

In an unusual occurrence, many of the top players in last year’s excellent rookie class played crucial roles in solid playoff runs. This could explain why players such as Ben Simmons, Jayson Tatum and Donovan Mitchell are absent from the Summer League.

However, there is still enough talent to go around. Dennis Smith Jr., Bam Adebayo, Jarrett Allen, OG Anunoby and De’Aaron Fox are coming off encouraging first go-arounds, and are all scheduled to appear.

With increased playing time and a greater role, these young players, along with many others, will be given a chance to build their respective games and mature into NBA stars.

Fighting for a Chance

Summer League isn’t all highly-touted prospects and Rookie of the Year candidates. Far from it. Large swaths of each roster are made up of undrafted, unheralded players looking for a shot at the big time.

If you follow high school and college ball, Malik Newman may be a name that you have heard of. A McDonald’s All-American, Newman eventually ended up at Kansas, where he was named Big 12 Tournament 12 MVP last year. However, the guard went undrafted, eventually signing a two-way contract with the Lakers.

Now, Newman has an opportunity to prove himself, with a chance to play with Lebron James at stake.

Another player worth mentioning is Trevon Duval. After his freshman season at Duke, Duval saw many of his teammates get drafted while he was passed over.

Playing for Houston’s Summer League team, the point guard is another former All-American, with serious hops.

I was at this game 2 years ago and said Trevon Duval is a future NBA lottery pick. He just went undrafted. pic.twitter.com/NZDvXM6Oms

Other undrafted players looking to make a name for themselves include Raptors signing and defensive stalwart Rawle Alkins, Denver’s Kenrich Williams (he of the odd haircut and versatile game) and Billy Preston, a top Kansas prospect who missed time after a car accident, before deciding to play in Europe.

Dismissing the Summer League as a lazy summer run would be sorely mistaken. For the league’s top prospects, taking plays off is not an option when half of your team is gunning for your NBA spot. This should result in some serious competition. If you’re looking to satisfy your basketball fix over the summer, tune in.