Where do the Cavs Go from Here? 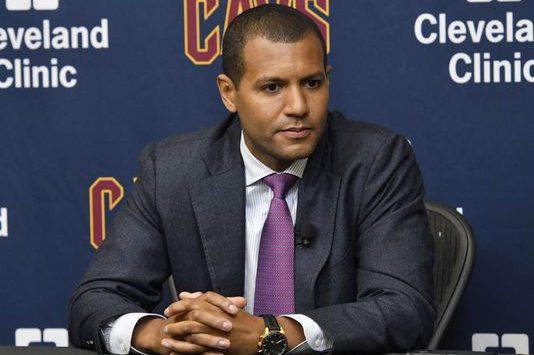 Over the past 2 days, much of the talk stemming from Lebron James‘ latest decision has surrounded the Los Angeles Lakers. How good will they be this year? Can they provide Lebron with enough help?

But what about Cleveland? Having sacrificed the future for the present, and built a team to cater to James’ needs, they are now left with a number of hefty contracts, and little hope to contend in the immediate future.

Obviously, no team can fully recover from the blow of losing Lebron James. How can the Cavs dig themselves out of the hole which they have seemingly dug for themselves? Here are a few ways:

Stay the Course, Reload in a Few Years

Despite the meager help that Lebron often received in the playoffs, the Cavaliers roster is not bereft of talent. Kevin Love was an all-star this season, and averaged 27.4 points and 14.9 rebounds per 36 minutes with James on the bench, numbers similar to what he put up in his Minnesota prime.

Love never seemed to completely gel with Lebron. As the focal point of an offence however, things could be different. If Love can stay healthy (always a question mark) return to something approaching his T-Wolves days, it could mean 40-45 wins for the Cavs, likely enough to make the playoffs in a now-wide open East. Given what still surrounds him, this seems possible.

Many of these players were brought to Cleveland at last year’s trade deadline, and had little time to find chemistry with one another. With more time together, they should combine with Love could keep the Cavs competitive for the time being. There may be little alternative.

While many might prefer a complete Cleveland tear down, this could prove difficult. Hill, Thompson, J.R. Smith and Jordan Clarkson are all signed to 8-figure yearly deals through 2019-20. It would not be easy to find takers for these bloated contracts signed with Lebron in mind.

In the end, the Cavaliers might have to wait until the summer of 2020. By then, with the aforementioned deals off the books, Cleveland should have the necessary cap space to bring in a superstar. Until then, the Cavaliers can bide their time, probably losing in the first or second round. There are worse places to be.

This option could take a while. Having traded their picks the past few years, Cleveland has little homegrown talent, with the exception of recent No. 8 pick Collin Sexton. However, they cannot bank on a free agent superstar coming to a Lebron-less Cleveland, so the draft might be their best chance to nab a top player.

Cleveland traded their 2019 first-rounder to the Hawks in the Korver trade. However, the pick is top-10 protected, meaning that the Cavs will have to start bottoming out if they are going to keep it. This would probably require unloading much of their veteran talent, starting with Love.

If Love posts big numbers with a greater role, he should net a solid return. Likewise, Korver is on a relatively cheap ($7 mil./year) deal, and guys who can shoot the ball will always be in demand. If the team manages to trade a few of their other vets, the more draft picks the better.

Again, the Cavaliers could also wait until 2020. Once they have cap space freed up, they can elect to take on bad contracts in exchange for draft picks or young players. This is not a bad strategy for a team with little draft assets, and is similar to what the Brooklyn Nets have done in recent years.

Eventually, this approach could allow Cleveland to accumulate enough picks and prospects to set themselves up for the future. As opposed to struggling for the 7 or 8 seed now, it could prove much more beneficial in the long run.

Either way, Cleveland is in for some tough times for the next few years. Brighter days could be ahead, but the team must choose wisely.