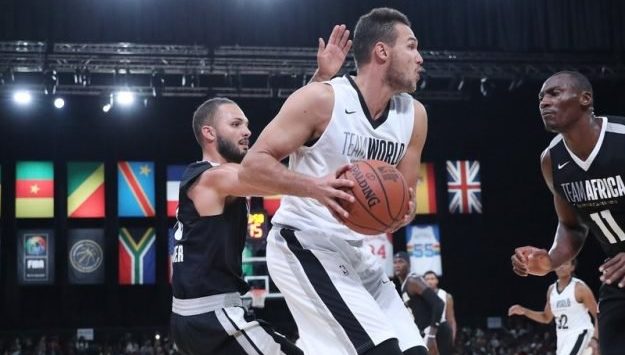 After a week of growing the game of basketball in Africa, the NBA’s Basketball Without Borders wrapped up, suitably, with a basketball game, as Team World defeated Team Africa 96-92.

Danilo Gallinari led the World sqaud to victory, scoring a team-leading 23 points, while adding 8 rebounds and 3 assists. The oft-injured Clippers veteran showed that he is healthy in an MVP-winning performance.

While the game was close early on, Team World began to pull away, and were up 78-68 entering the 4th quarter. However, led by Philadelphia star Joel Embiid, Team Africa made it close.

Embiid was superb, scoring a game-high 24 points, along with 8 rebounds and 4 assists.

The game, played at the Sun Arena in South Africa, was Team World’s 3rd consecutive win in the Africa Game, following wins in 2017 and 2015.