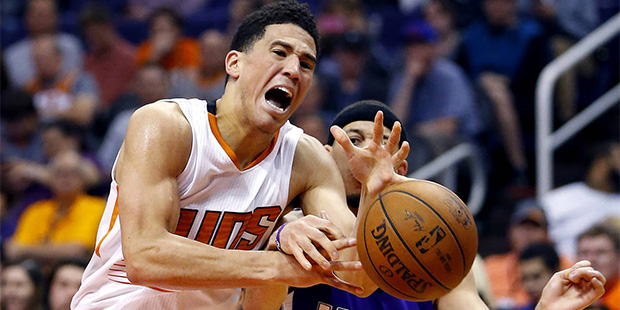 Fresh off signing a five-year, $158-million maximum contract extension over the summer, Devin Booker is set to undergo surgery on his hand.

The Phoenix Suns star originally injured his hand in mid-March, spelling the end to his 2017-18 campaign. He is now expected to miss the start of training camp following the procedure, but should be ready for the start of the regular season. The injury is reported to be a ligament concern and recent swelling has prompted the Suns to go the route of surgery.

The 21-year old is coming off a career year in which he averaged 24.9-points per game while shooting 38.3% from behind the arc.

The Phoenix Suns tip off their season on October 17 against the Dallas Mavericks.