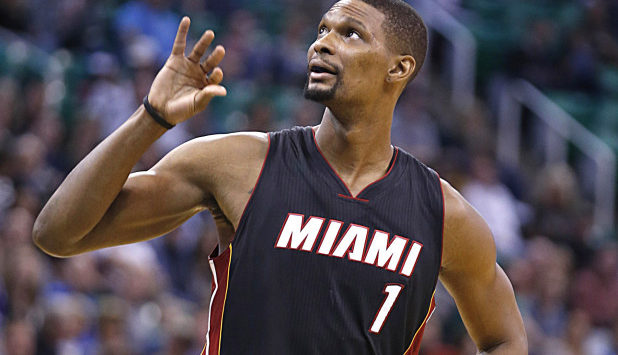 Unable to play since 2016, Chris Bosh says that he still wishes to return to the NBA. However, the 11-time All-Star acknowledges his time is running out.

“Yeah, it’s still on my mind,” Bosh told Yahoo Sports on Thursday. “Obviously, if it doesn’t happen by February (the league’s trade/waiver deadline), I’m not stupid, but yeah, I’m still looking forward to that. I’m still trying to overcome that hump and trying to get something going. I’m looking forward to the challenge. I know I can still play some ball and be a 3-and-D guy for somebody out there.”

Due to blood-clotting issues, Bosh has been out of the league for the past 2 1/2 years. However, after consulting doctors and seeking second opinions, he remains defiant, believing that he can play without endangering himself.

“That’s kind of always the basis of the conversation, and I appreciate people who check up on me, but this is something that of course I’ve thought long and hard about. I know what those things (the symptoms) feel like.”

This is not the first time that the 2-time NBA champion has discussed a comeback. In March, Bosh spoke with ESPN’s Jackie MacMullen and said he wanted to give an attempt at playing in the NBA “one more shot.” In late February, Bosh also told ESPN’s First Take that he understands the concerns surrounding his condition and would not put himself in life-threatening danger.

Here’s hoping that Chris Bosh eventually finds his way back into the NBA (provided he is not at risk), as he deserves a proper sendoff for an excellent career.