Official BallnRoll Predictions and Preview for the 2018-19 NBA Season

It is the first day of October, the NBA preseason is underway and the regular season is just around the corner.

After what has been a whirlwind of an offseason, fans and players alike are chomping at the bit to get the season underway. Much has changed around the NBA, while a lot has stayed the same. The two-time defending champion Golden State Warriors have added another star to the fray, while the Eastern Conference has seen what looks to be a shift in power. As LeBron James headed west, the entire landscape of the East has changed. Of course, there is also a new batch of rookies who are ready to begin carving out their very own NBA legacies.

The offseason was a thrilling roller coaster ride and now, we are ready for the year to begin. As always, BallnRoll has you covered with your preseason predictions for the 2018-19 NBA season.

An unknown commodity coming into the NBA draft, scouts shied away from Luka Doncic for reasons I cannot possibly explain.

As a teenager living in Europe, Doncic has been able to compete against professionals, all while winning a EuroLeague MVP award as an 18-year old. There has been a string of international lottery picks in past years who simply have not worked out, but Doncic just looks different. Unlike the Dragan Benders of the world, Doncic will enter the NBA far less raw than most non-NBA ready European prospects. He seems to have a defined and mature skillset, and while his athleticism has raised eyebrows across many scouts, he can make shots and has above average playmaking tools for his age.

Taking the unknown commodity who played and succeeded against grown men over 19-year old raw college prospects for the Rookie of the Year award? Sure, I’ll put my money on it.

A case could have been made for Brad Stevens last year, but all things considered, Stevens has cemented himself in conversation for not only being one of the top rising coaches in the game, but one of the best coaches in basketball. With a healthy cast of players and the East wide open for the taking, the Celtics are poised for an incredible season, and with Stevens pulling all the strings, a Finals appearance may not be out of the question for the green and white.

Who knows who will break out in 2019 and become a key member of the second unit.

Benches are built over a season and it takes time for second units to form their identities. That being said, best to be safe than sorry and pick a notable scorer who consistently provides a spark off the pine. Lou Williams, although undersized is what Chris Webber would call a “professional scorer”. For whatever reason, the Sixth Man of the Year award is most often awarded to the player who racks the most points off the bench and there aren’t many players in the NBA who can score in a hurry in limited minutes as Williams can.

Most Improved Player of the Year: Pascal Siakam (TOR)

If you’re not on the Pascal Siakam bandwagon, do not come crawling back when the Raptors’ third year forward has an extraordinary coming-out party of a season.

The story behind Siakam is a fascinating one.

Growing up attending a seminary in Cameroon, Siakam picked up basketball later in his teenaged years and eventually found his way to the United States where he played his college ball at New Mexico State. Long and lanky with a high motor, and a developing shot, as well as a feel for play-making, Siakam has shown glimpses of becoming a potential force on both ends of the floor in prior seasons. As he continues to come into his own, he will have a more defined role this upcoming season in a Nick Nurse-designed offensive system. Expecting more time on the ball and leading the fast break, this will be an interesting test for Siakam, but one he will be able to handle.

A contract year and a year of redemption, Leonard will look to come out and prove to the basketball world that he is still the best two-way player in the entire league. Prior to his injury plagued season, it would not have been too outlandish to suggest that Leonard was on the fast-track to becoming the greatest perimeter defender the game has ever seen. With great on-court awareness, length, massive hands, and hard-nosed defensive tenacity, Leonard will reassume his spot in the NBA as the game’s best defensive player.

Can their be anymore Hollywood of a story than this?

LeBron James took his talents to the west coast this past offseason, joining one of the most storied franchises in all of sports. The Lakers have failed to qualify for the playoffs the past few years and although still going through somewhat of a rebuild, have added the game’s greatest player. Expect a huge spike in wins from the Lakers, as James is ready to carry a third team to the promised land. Already feeling in midseason form, the Lakers have been the talking point all summer and will now ride the King James hype train. 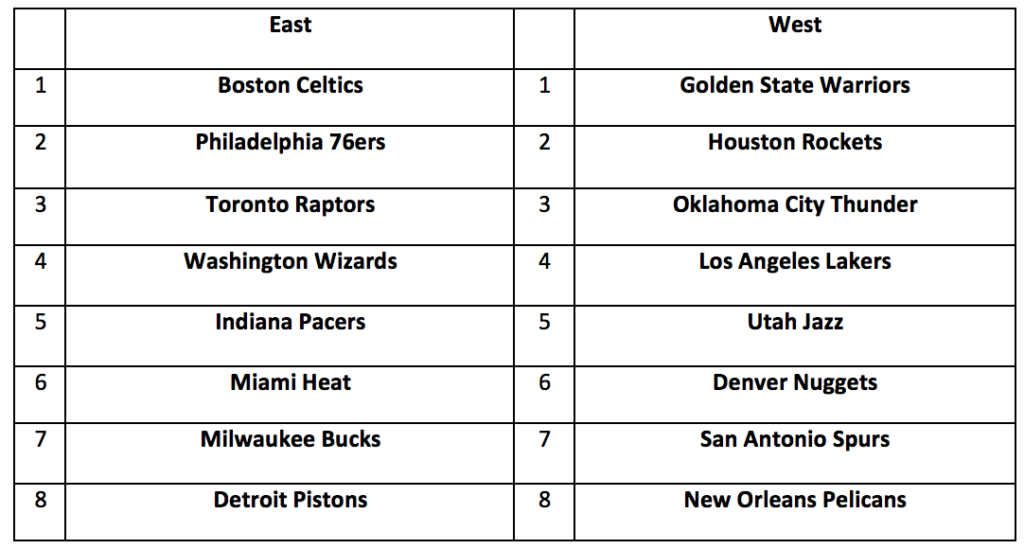 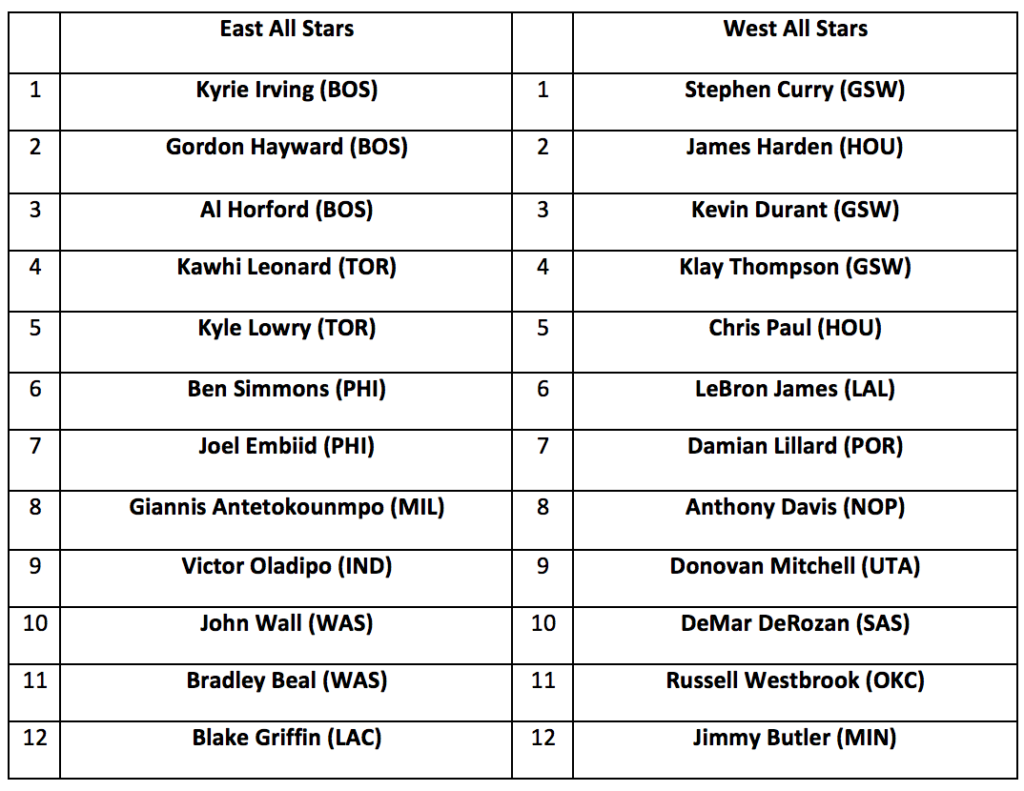