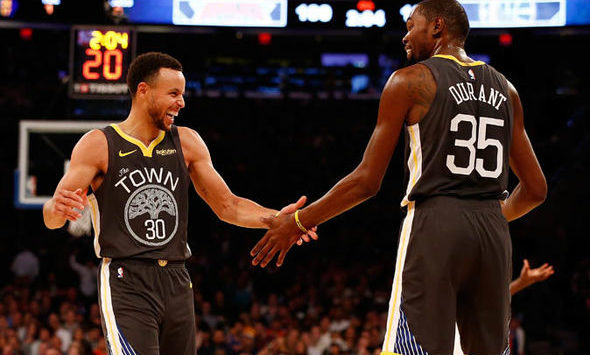 One of the Best Rookie Classes? Steph for MVP? Nuggets, Bucks for Real?

The key for basketball fans is to be short-sited in this day and age of the NBA.

Yeah, the Golden State Warriors may very well three-peat this year. A very strong case can be made that this Warriors team is easily the strongest team in the history of the league. Not only that, they are expected to get DeMarcus Cousins back for the playoffs. They are 10-1 and similar to the Toronto Raptors, it doesn’t appear as if they are going to slow down any time soon – at least not in the regular season.

That being said, the basketball season is fun.

There’s drama, there’s star power, there’s buzzer beaters, there’s a new crop of exciting rookies, and there’s a number of players who separate themselves from the rest of the pack in early MVP discussion.

October has come and gone and we are now very quickly approaching the middle of the first full month of the NBA, meaning it’s a pretty good time to take a quick step back and assess the landscape of the league and give our two cents of what has been a very entertaining start to the 2018-19 campaign.

It may be incredibly tough to compete with the 2003 class, but this year’s class is legit and it is deep!

It all starts with the top three names of Luka Doncic, first overall DeAndre Ayton, and Trae Young. Very quickly integral parts of their respective teams, the trio have already demonstrated that they are franchise pieces with the potential to one day become superstars in the league. Doncic, an international sensation, has picked up exactly where he left off in Europe, showing that he is by no means the most overrated prospect in NBA history. 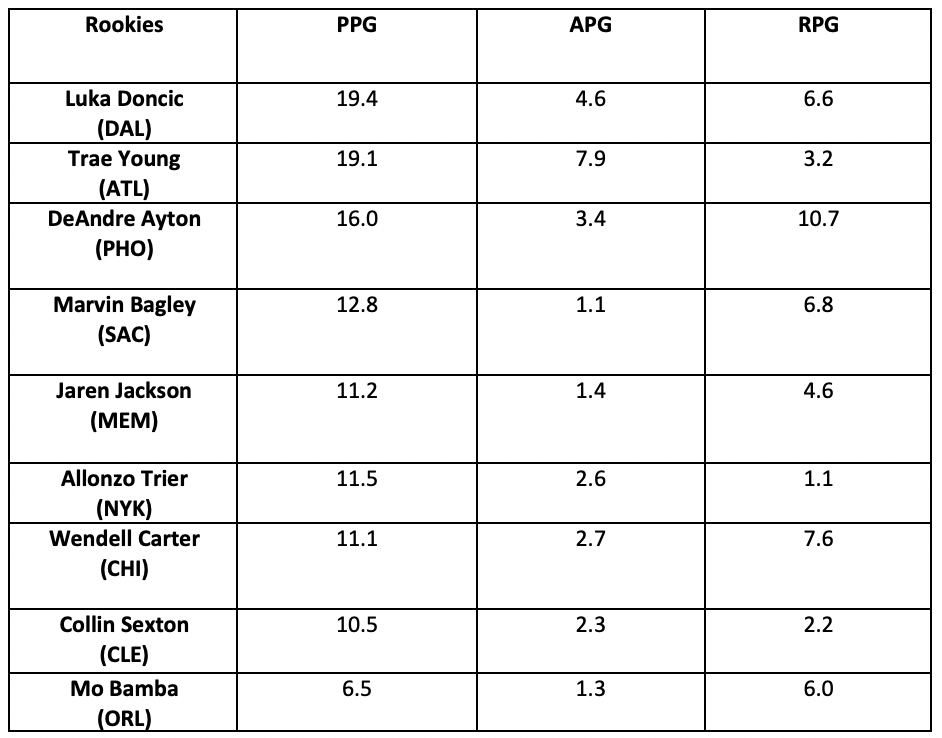 Meanwhile, both Young and Ayton have shown that they were very deserving of their pre-draft hype. Outside of the top three, plenty of other rookies have been living an early impact, including Jaren Jackson and Marvin Bagley, two athletic and projectable big men who have shown promise on both ends of the floor.

Further down the list there are the names of more of the rookie projects. Both Mo Bamba and Collin Sexton, even names like Shai Gilgeous-Alexander and Kevin Knox are very raw and will need time and development to reach their potential. That being said, what was touted as a very talented NBA Draft has not disappointed.

MVP Steph is Back?

Steph Curry and the Warriors are firing on all cylinders and Curry, well, he’s back to MVP form.

Through 11 games, the former two-time MVP is averaging 31.3-points, 6.4-assists, and 5.1-rebounds per game while shooting an outrageous 52.5% from the field and 50.8% from long range. He literally does not miss anymore, no matter where he shoots from. Again, I remind you, he has played in 11 games and has already made 62-three pointers.

With his 31st birthday approaching, Curry sits fifth all time for three-point field goals made at 2191, with the still active Kyle Korver only 30 three-point makes ahead of him. What Curry has been able to do is absolutely ridiculous and while a case can be made for the likes of Giannis Antetokounmpo, Kyle Lowry, Nikola Jokic, and even DeMar DeRozan, the Splash Brother has been on a completely different level of good and rightfully deserves to be recognized as the early MVP favourite.

Are the Nuggets and Bucks for Real?

The Denver Nuggets and Milwaukee Bucks have one loss on the season each.

Both teams being led by generational big man, each team has established themselves as early season competitors. With Mike Budenholzer back at the helm, the Bucks look like a completely different basketball club, led by Antetokounmpo, Khris Middleton and a wealth of depth pieces. Michael Brogdon and Eric Bledsoe have played exceptionally in the early going, while new additions Brook Lopez and Ersan Ilyasova have provided the Bucks with extra scoring punches.

Even rookie Donte DiVincenzo has fit in seamlessly, allowing the Bucks to establish themselves as one of the better teams in the Eastern Conference.

On the Western Conference side, the Nuggets showed last year that they are coming, but it was just too early. This year, they look ready to compete. With a healthy Paul Millsap, the Nuggets have one of the more talented front courts in the game alongside Nikola Jokic. With the play of Gary Harris and Jamal Murray, the Nuggets boast one of the youngest and most explosive teams in the entire NBA. Monte Morris and Trey Lyles have also provided the the Nuggets with some productive bench minutes.

It’s a new year and it really is starting to look like the Bucks and the Nuggets are for real.