A Change is Needed 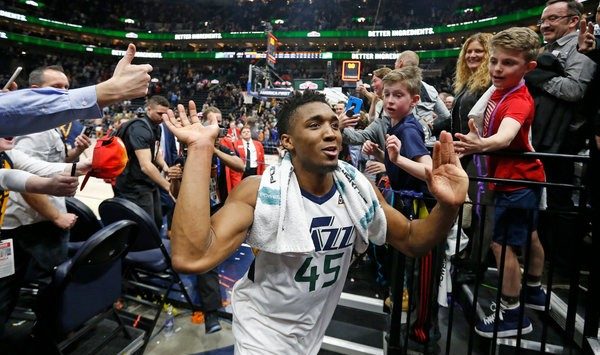 It is Time to Restructure the NBA Playoffs

The idea has floated around in the past. Just last season, NBA Commissioner Adam Silver said the league was considering making a change to the playoffs format, where the top 16 teams get a playoff birth, regardless of conference. This season is proof that more than ever, the change needs to happen.

Currently, the Eastern conference has arguably 4 of the top 5/6 title contenders, while the Western conference has 12/13 of the top 19 teams in the league. As things stand, this imbalance would result in teams with no business making the playoffs (Hornets, Heat) getting in, and much better teams (Lakers, Kings, Timberwolves) missing out.

There are major issues with this. First off, the NBA is effectively rewarding poor teams and punishing good ones, simply based on geography. How is it fair that, for years now, competitive Western conference teams have a) experienced lengthy playoff droughts or b) been knocked out immediately in the first round, while poor-mediocre Eastern conference teams and have gotten a taste of playoff basketball and all of the extra ticket sale revenue that goes with it?

Second, it is severely affecting the on-court product. The 2017-18 playoffs saw a record number of blowouts, and to top it all off, the NBA Finals, which are supposed to feature the top two teams, resulted in a hardly competitive 4-0 sweep, with the Warriors beating the Cavaliers by an average of 15 points each game.

This geographical division is solely an American phenomenon and it is incredibly backwards! In all professional European sports leagues, the best teams are competing at the end of the season, regardless of geography. The other major American professional sports leagues (NFL, MLB, NHL) are far more balanced and haven’t really experienced this issue, but for the NBA it seems as though the West has been far superior to the East for the past decade.

The issue that has always been pointed to when it comes to restructuring the playoffs is travel. According to the Associated Press, the league currently averages about 90, 000 miles of travel in the postseason. Were it to adapt the new format, that would increase to 130, 000 miles of travel. Silver brought of the logistical issues that could stem from a series involving the Portland Trail Blazers and Miami Heat in the first round, travelling a gruelling 2, 708 miles between locales.

“If we took the existing format, the existing schedule and then we seeded playoffs 1-16, we’d be adding additional travel,” Silver told ESPN. “You would have teams criss-crossing the country in the first round.”

I would argue that all of this is irrelevant. To aid the travel issue, the NBA could add even more days to the season to spread it out a little bit, or they could look into playing more neutral site games, (as is done in the NCAA) but at the end of the day, the most important thing is that the best teams are competing for championships at the end of the year.

Credit to the NBA, and Adam Silver in particular, for actively making changes to improve the game. This year the season started earlier so that teams would have more natural rest days and play less back-to-back’s, and Silver has also mentioned the strong possibility of decreasing the 82-game regular season schedule for the same reasons. The next and most important step is to restructure the playoffs.