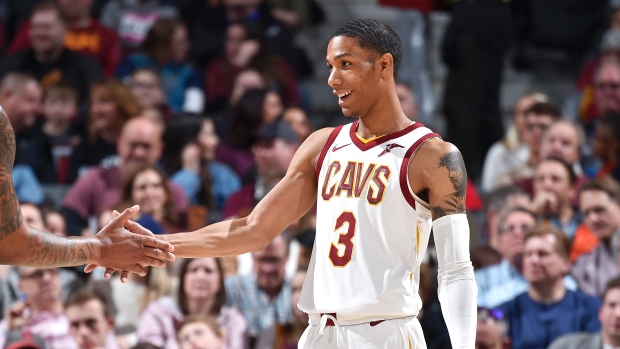 Toronto Raptors Sign Patrick McCaw for Remainder of the Season

While things are going from bad to worse for the Cleveland Cavaliers, the Toronto Raptors made a minor splash on Wednesday afternoon.

Recently waived by the Cavs in favour of former Chicago Bulls guard Cameron Payne, Patrick McCaw has signed with the Raptors for the veteran’s minimum ($786,000) for the remainder of the season. McCaw originally signed for a non-guaranteed 2-years, $6-million a week ago with the Cavaliers. The NBA has opened an investigation on the matter, due to speculations that the Cavs have possibly circumvented the salary cap after waiving McCaw.

The 23-year old was originally drafted by the Milwaukee Bucks in 2016, but was subsequently moved to the Golden State Warriors. A two-time champion with the Warriors, McCaw averaged four points per game in his two seasons with the Warriors. McCaw scored a total of five points across 53 minutes of play in three games with the Cavaliers prior to being waived.

A 6-foot-7 guard adds some playmaking ability to the Raptors bench and will provide added backcourt depth after the team waived Lorenzo Brown earlier in the week.