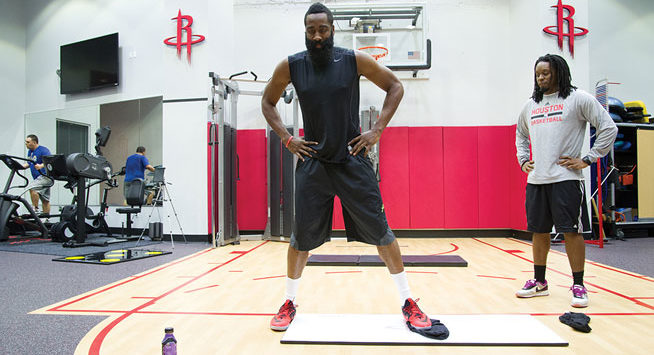 It would be all too easy to call it a night after a hard and productive day’s work at the office.

James Harden is one of the greatest basketball players in the world, the league’s reigning MVP and a favourite to repeat this year. Tonight, he caught fire and dropped an incredible 61-points, including 27-points in the first quarter alone, against the San Antonio Spurs en route to a 111-105 Houston Rockets victory.

Yet, for Harden, the work was not done there.

To be as great as The Beard is, a large chunk of the work is performed in the gym and that is exactly where Harden headed following the final buzzer.

This superstar athletes are simply a different breed.

After amassing 37 minutes in a hard-fought win against a playoff-calibre opponent, Harden was right back at it, working on his core strength and stability, while also throwing some 75-pound dumbbell chest presses into the mix.