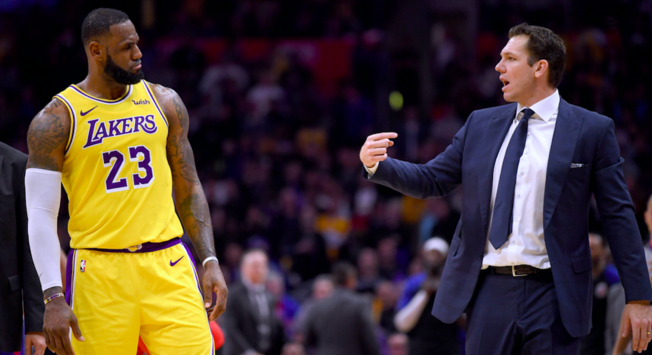 It has been a rough week for the Los Angeles Lakers.

Not only are the Lakers looking for a new President of Basketball Operations in light of Magic Johnson stepping down, they are now in the market for a new head coach. On Friday, the team announced that they have fired Luke Walton after three years at the helm, over which time he accumulated a 98-148 record. He had two years remaining on his initial five-year deal.

In what has been a quick turnaround, Walton will now move onto become the head coach of the Sacramento Kings who fired Dave Joerger this past week.

According to Adrian Wojnarowski of ESPN, Tyronn Lue is a front runner for the Lakers vacant head coaching job. Reports suggest the Lakers are also interested in speaking with Monty Williams, the assistant coach of the Philadelphia Sixers.

A big offseason begins in Hollywood.