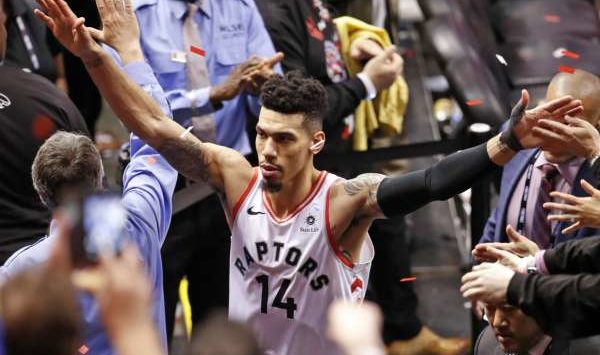 In other words, if Danny Green can regain his shooting stroke and come up with the goods in the Finals, everyone will forget about his postseason struggles.

It’s no secret by now that Danny Green, one of the best and most consistent 3-point shooters in the NBA for the last handful of years, has gone cold. In the first round against the Magic, he went 10/28. In Round 2, it was 13/35, while against the Bucks it got progressively worse as he shot 5/23 and saw his minutes decrease significantly in the latter part of the series.

Now, all of this isn’t meant to completely undermine what Danny Green brings to the floor.

He has an excellent wing defender, glue-guy, and the threat of his three-point shooting, alone, is vital for the Raptors spacing on offense. But, for the Raptors to hit their ceiling and have a chance of dethroning the Warriors, Green will need to find his stroke.

Thankfully for the Raptors, Fred VanVleet found his shooting stroke against the Bucks, going on outrageous 14/17 through  Game 4 through 6.

Thankfully, Green finally broke through in Game 1 against the Golden State Warriors, cashing in the first points of the series for the Raptors on a three-pointer. He would go on to hit two more on the night on five shots (60-percent for the game from long range), finishing with 11 points for the game.

“I think it’s a new series or Danny,” said Kyle Lowry before Game 1. “ I think that series happened a certain way. It’s over with now. I don’t think that even matters. I don’t think anything that happened the last series matters, besides us finding ways to win games. That’s what we take from that series. Danny will be fine. Game 1, he’ll be ready to go.”

The Green Ranger is back and the Raptors will need this Danny Green to keep their Finals run going.