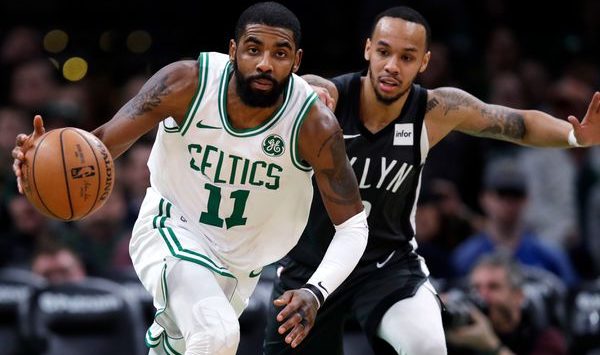 Just weeks away from the start of free agency, Kyrie Irving has decided to part ways with his long-time agent Jeff Wechsler, clearing the way for him to partner with Roc Nation Sports.

Viewed as a power move, keep in mind that Roc Nation Sports was founded by rapper and businessman, Jay-Z, who also happens to have a stake in the Nets. Thus, with Irving set to become an unrestricted free agent, it would appear that the Brooklyn Nets could be his next destination. The New York Knicks also remain a possibility but the distinct connection between Roc Nation Sports Jay-Z and Brooklyn, make the Nets the most likely destination.

Irving’s decision, like other marquee free agents, has been complicated by the Kevin Durant injury. If Irving had hoped to sign with the Nets or Knicks, together with Durant and compete for a championship immediately, he will now need to rethink his plans.

Wechsler had represented Irving since the Duke star joined the NBA in 2011, negotiating multiple national marketing campaigns on his behalf and helping to launch Irving’s Uncle Drew soft-drink commercial and movie character.