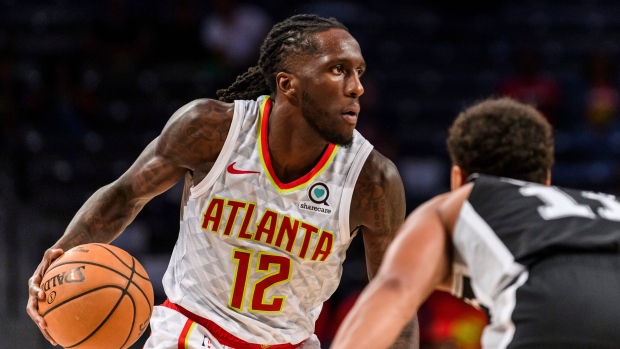 Call it a trade the benefits both teams.

On Thursday afternoon, the Brooklyn Nets have traded veteran wing Allen Crabbe along with a 17th overall pick in the 2019 NBA Draft and a protected first round pick in 2020 to the Atlanta Hawks for Taurean Prince and a 2021 second round pick. The move allows the Nets to clear enough cap space to create to max contract slots in free agency, while the Hawks now own three first round picks in the upcoming draft, including the eighth and tenth pick.

Brooklyn is trading Allen Crabbe and No. 17 pick in 2019 NBA Draft and protected first in 2020 to Atlanta for Taurean Prince and 2021 second-round pick, league sources tell ESPN.

With $46-million in cap space, the Nets have emerged as favourite to sign Kyrie Irving, but are also said to be focused on pending free agent Kevin Durant this summer. The Nets can also choose to retain restricted free agent guard D’Angelo Russell on a max or near-max deal if Irving signs elsewhere.

Meanwhile, the Hawks look to continue to build around its youth.

The team possesses a young core of Trae Young, John Collins, and sharp-shooter Kevin Huerter. The Hawks will now add another shooter in Allen Crabbe who is in the final year of a four-year contract. He is due to make $18.5 million in the 2019-20 campaign.