Things may not have gone according to plan for the New York Knicks, but that didn’t really impact Knicks owner James Dolan’s pocket.

As Forbes released its annual list of the top-50 most valuable sports franchises, the Knicks continue to reign supreme, generating more money than any other NBA organization. A list that is led by the Dallas Cowboys and New York Yankees, the Knicks come in at no. 5, being worth $4 billion. The Los Angeles Lakers and Golden State Warriors are the only two other NBA teams that cracked the top ten, finishing at no. 8 and no. 9 respectively. The Lakers are presently worth $3.7 billion while the Warriors are worth $3.5 billion. 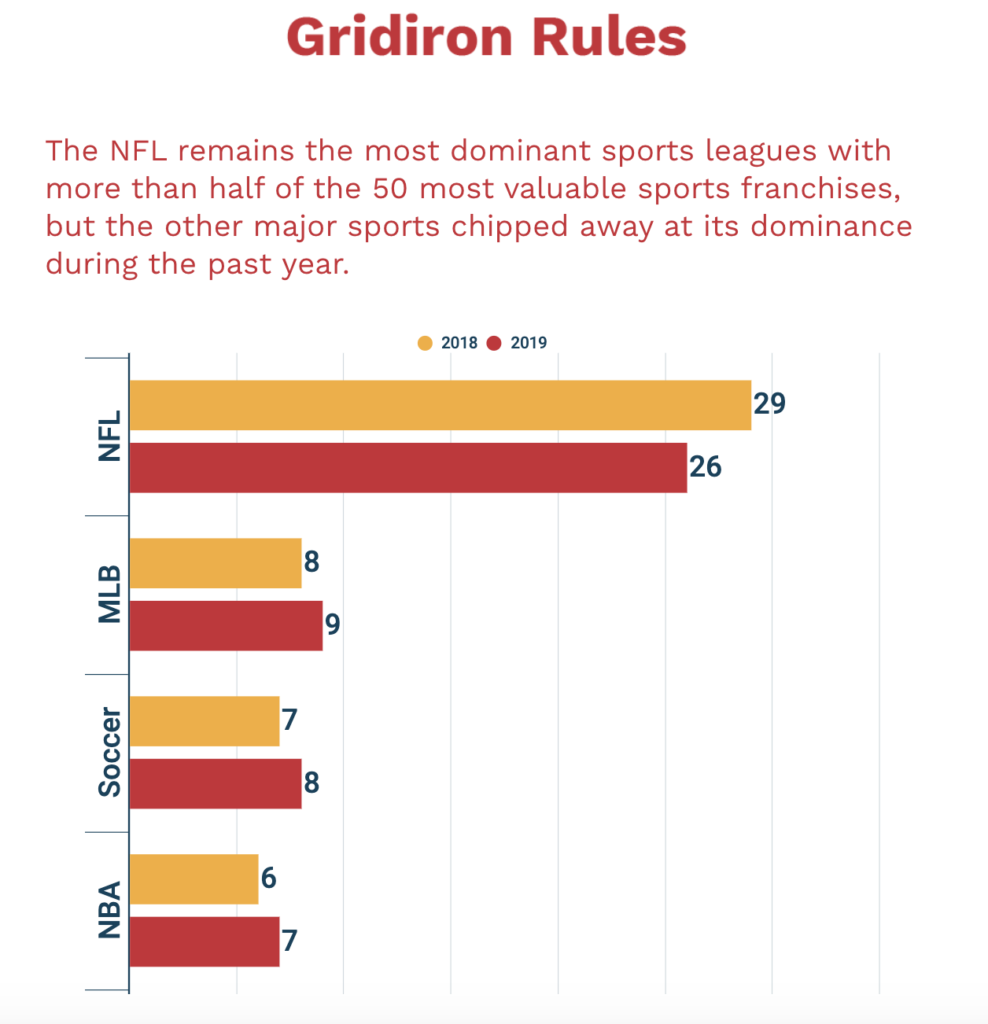 At the end of the day, sports, including the NBA is a business and no matter what happens on the court, there are seven NBA teams that generate money better than anyone else.