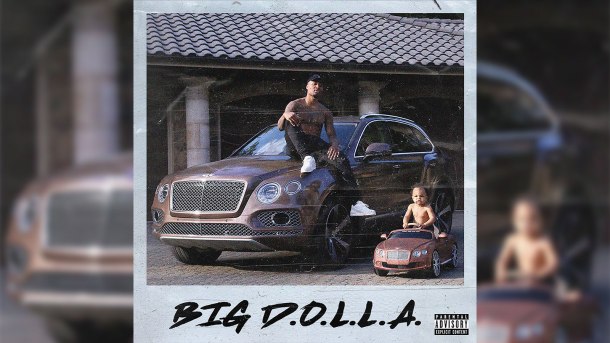 Baller by day, rapper by night.

Available 8/9 on all platforms! It’s my 3rd album and my best. Make sure y’all go support on Friday!

The album surpassed a million streams on Spotify after just its first day as Big D.O.L.L.A. looks poised to be Lillard’s most acclaimed hip-hop work to date. Lillard also released two prior albums: Confirmed in October 2017 and The Letter O in October of 2016.

“I had a son, but other than that, I just grew up a lot,” commented Lillard on his motivation behind his latest work Between Confirmed and now, just dealing with having money and family issues. And being the captain of my family. Relationships changing. Your friends. Just dealing with all that stuff, it kind of made me grow up. Not become somebody different, but it pushed me as far as development.”

D.O.L.L.A. is an acronym for Different on Levels Lord Allowed.

I had a bunch of people involved in my first album,” said Lillard in a recent interview promoting his album. “The Letter O. I had a bunch of people involved with Confirmed. And the studio was always full of people and people having a good time and kicking it and everybody having input in the creativity of what I should do, what I shouldn’t do. And I was listening. This time, I took control of it. This is what I’m going to do. This is what I think is the direction…. me and [recording engineer] Nate really A&R’ed the project by ourselves. We recorded it by ourselves. I was just sending out snippets of different tracks to people and everybody was liking it.”

Is Lillard the best rapper the NBA has ever seen? I don’t think that can be disputed.