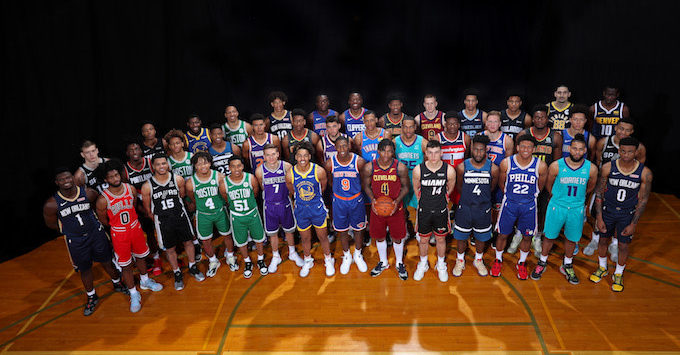 Rookies Were Met with Tough Question During Offseason Photo Day

It was that time of the offseason when the rookie class photos were taken.

It’s NBA tradition at this point.

So with that in mind, everyone came prepared for their close ups as rookies got into their NBA jerseys and smiled for the camera. What they didn’t know was that Complex Sports was in the building ready to grill each of them with one of the more difficult hip hop questions one can ask at this day and age.

Easy enough until you realize the competition is between Kendrick Lamar, J. Cole, and Drake – three of the most prominent rappers in the world.

Zion and his fellow rookie class decided. IT WASN'T EVEN CLOSE. ? pic.twitter.com/hURpuQIrjR

We wish we could all be as confident as RJ Barrett was answering this question in seconds, but for the most part, the rookies struggled. Zion Williamson seemed to have a more difficult time with the question than he has had at any point through out his collegiate career.

May this be the toughest day of these young rookies lives!